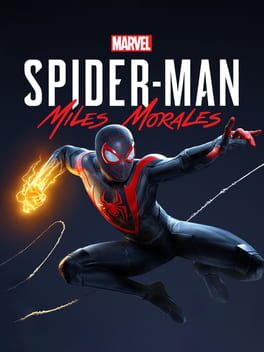 Find the best deals on Spider-Man: Miles Morales for PlayStation 4, PlayStation 5. We compare 66 deals (starting from £37.95 across every edition offered by our partner retailers.

Acting as one of the PlayStation 5’s big new launch titles (though it’s also coming to PS4), Spider-Man: Miles Morales is a smaller-scale open-world adventure that continues the story Insomniac first laid down with Marvel’s Spider-Man in 2018. It sets you in the shoes of Miles Morales’ version of the infamous wall-crawler, who under the guidance of Peter Parker must take down the evil Tinkerer in a brand-new side story.

Despite being a standalone spin-off to the main series, Spider-Man: Miles Morales makes several improvements to the gameplay and graphics. New Ray-Tracing tech has been implemented to display this fully explorable version of New York in an entirely new light, and character models have also been revised to truly showcase the power of PlayStation 5. As far as graphical leaps go, Spider-Man: Miles Morales takes full advantage.

Taking place roughly a year after the main Marvel’s Spider-Man game’s events, Miles Morales centres on the eponymous hero as he comes to terms with his new powers. What follows is an epic origin story exclusive to PlayStation consoles full of new villain encounters, exciting superhero set pieces and quests that promise to challenge Miles Morales’ interpretation of Spider-Man. This isn’t a full sequel to 2018’s much-beloved entry, but a slightly smaller story that weaves a fresh tale. Playable on both PS4 and PS5, no PlayStation diehard need miss out.

A new Spider-Man with new powers

Though their both share the Spider-Man moniker, Miles Morales features a suite of additional powers that makes him a force to be reckoned with. For one, he has the ability to temporarily turn invisible, which could provide a new layer of stealth to gameplay. Miles Morales’ Spider-Man also can shoot electric shocks across his webs, opening up more combat opportunities than what Peter has.

Play the adventure on PS4 or PS5

A range of new spider suits to unlock

A brand-new Spider-Man game means that there’s a handful of comic-book inspired costumes to seek out and unlock. There are 7 in total featured, all of which might not change Miles’ powers but sees him swing through New York in premiere style. The internet almost broke at the sight of the game’s Spider-Cat suit, where Miles is joined by a feline companion.

The story in Spider-Man: Miles Morales picks up mere months after the main game, during a time when New York City is laced in snow and frost. This wintery aesthetic brings a whole new vibe to what it means to swing effortless through the Big Apple, with events taking place during the peak of Christmas time. It’s the perfect stomping ground for Miles to test out and explore his new spider abilities.