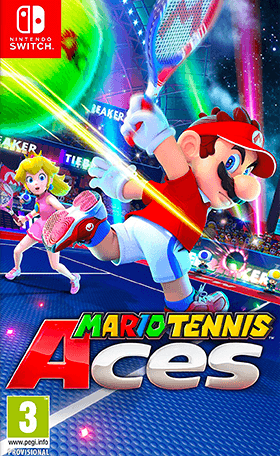 Find the best deals on Mario Tennis Aces for Nintendo Switch, Xbox. We compare 21 deals (starting from £39.85) across every edition offered by our partner retailers.

Football, kart racing, golf. Mario has proved himself quite the connoisseur of various sports during his time gracing Nintendo consoles. Mario Tennis Aces is the Nintendo Switch game that sees him once again take up the trials of the top spin, bringing with him multiple characters from the mushroom kingdom. You’ll slice, spin and lob your way through a diverse single-player campaign as well as go at it against friends on the couch or online.

Bringing Mario Tennis to the Nintendo Switch results in a few new cool additions. Chief amongst them is the ability to play using motion controls, which can simply be done by breaking off either Joy-Con. This results in an experience that is reminiscent of something like, say, Wii Tennis, where you can mimic swings to time them perfectly with when the ball hits Mario’s racket.

Smash your way to success in Adventure Mode

While a dedicated single-player mode might seem strange for a Sports game, Mario Tennis Aces takes it seriously by setting you off in what’s known as Adventure Mode. Here you’ll do battle against other rival tennis players, mastering specific moves in order to maintain an advantage. Your opponents may try to block you, so you’ll need to serve up everything from trick shots to split-second blocks.

Charge up your racket to win tense matches

There are numerous abilities Mario and friends have at their disposal to help give them the edge. Charging up your racket, for instance, can help you beat rivals who insistently block your shots – offering up the potential for you to launch the ball with enough force to KO your opponent. This energy can also be spent to leap after the ball when its far away, letting you slow down time and aim your next swing in first-person. 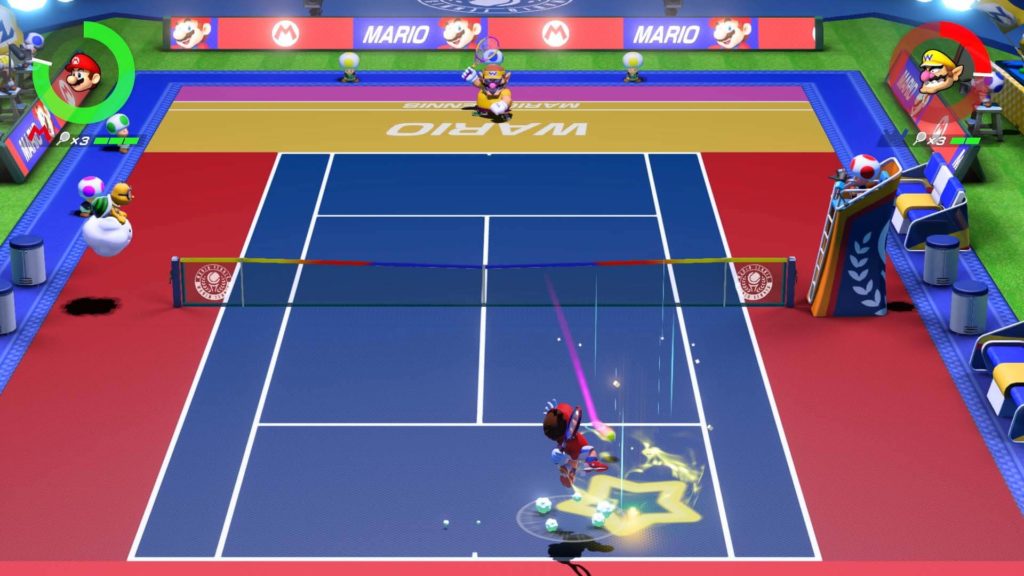 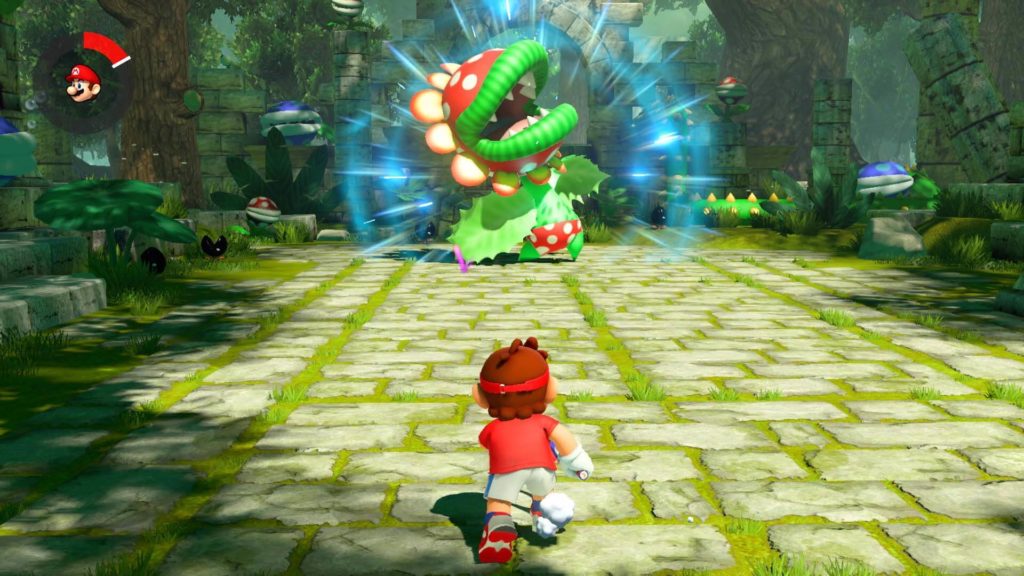 Multiple cups in tournament mode to take part in

When you’re done with Adventure Mode, you can work your way through Mario tennis Aces’ various cups. The Mushroom Cup, Flower Cup and Star Cup all have bespoke CPU opponents for you to take on and best, testing your ability to outthink your rival. There are 15+ characters feature in the game – and you can be sure you’ll need to defeat each one of them at some point.