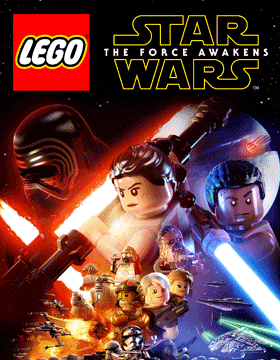 Find the best deals on LEGO Star Wars: The Force Awakens for Nintendo 3DS, PlayStation 4, PC (Microsoft Windows), Xbox One. We compare 32 deals (starting from £2.27) across every edition offered by our partner retailers.

Go deeper into Star Wars – LEGO Star Warstakes fans further into the new film than any other game, with exclusive adventures that expand the Star Wars universe.

Your Favourite Characters & Locations – Play all of the characters from the movie, explore iconic Star Wars locales such as Jakku and Starkiller Base, and utilise a variety of vehicles along the way.

Enhanced Multi-Build System – Choose from multiple building options to advance the game in a variety of ways, solve puzzles or just for mayhem and fun.

Experience the Galaxy Like Never Before – High-speed, action-packed flight gameplay including arena-based battles and dogfights in space will keep you on the edge of your seat.

Improved A.I. Keeps Up The Challenge – Enemy fighters can use LEGO bricks to build and support fellow Stormtroopers, calling in air support, reinforcements or heavy artillery.

The name’s Finn. And he’s in charge in LEGO Star Wars: The Force Awakens