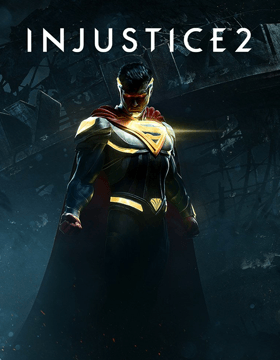 Find the best deals on Injustice 2 for PC (Microsoft Windows), PlayStation 4, Xbox One. We compare 36 deals (starting from £4.99) across every edition offered by our partner retailers.

Injustice 2, the follow up to 2013’s popular original, takes the most successful aspects of the first game and enhances them. The roster has been expanded to 29 fighters (with more to come via downloadable content), with added movesets coming with them. New game modes are present, including Multiverse, while a “Gear System” offers players the chance to earn upgrades and alternate outfits for their characters.

Injustice 2’s fighting mechanics draw inspiration from legendary fighting franchise Mortal Kombat, and have been praised by critics for striking the hard to reach balance between accessibility and depth, allowing complete beginners to get involved and start playing while giving more experienced fans more and more complex approaches to the game to strive for.

Get the lowdown on Injustice 2 with the official announcement trailer

Get caught up with the Injustice story so far