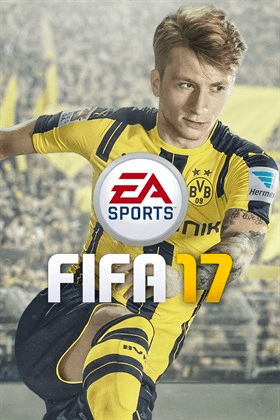 Find the best deals on FIFA 17 for PlayStation 4, PC (Microsoft Windows), Xbox One. We compare 6 deals (starting from £6.99) across every edition offered by our partner retailers.

Running on the Frostbite engine, Fifa 17 will feature improved graphics, but most of all, improved gameplay.

As well as better off-the-ball runs, more physical play, and improved defensive positioning; subtle tweaks have been included that really immerse you into the game. Players can now move on the touchline when taking throw-ins, set-pieces have been overhauled so you can adjust your run-up and players will show emotion based on what is happening around them. Managers will play a big part in the game too.

The football equivalent of @k’s NBA My Career mode, The Journey lets you take control of Alex Hunter as he sets out to sign for, and cement his place in the first team of one of the 20 English Premier League clubs.

The decisions you make on and off the pitch will all impact on Alex Hunter’s journey, how people interact with you and ultimately whether Alex will make it as a Premier League star.

Compare Fifa 17 game prices for PS4 and Xbox One

You’ve come to the right place to find the cheapest deals on Fifa 17, whether you want to to buy it for the PS4 or Xbox One. Our systems will automatically scan for the cheapest online prices from all major retailers. So what are you waiting for, just go back to the top of this page and choose the platform you want to play Fifa 17 on; PS4 or Xbox One.