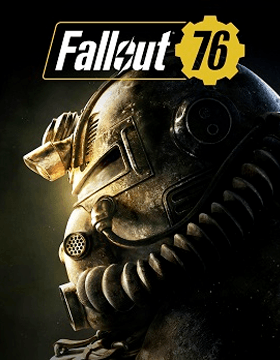 Find the best deals on Fallout 76 for Nintendo Switch, PC, PS4, Xbox. We compare 82 deals (starting from £3.99) across every edition offered by our partner retailers.

A radical departure from previous installments in the series, Fallout 76 promises to be one of 2018’s biggest games. Eschewing the series’ classic single player FPS approach, Fallout 76 is an online multiplayer RPG, set in a map four times the size of that found in in Fallout 4.

Unlike many post-apocalyptic games, the game will feature no human NPCs. Instead, every human you encounter in the decimated landscape of West Virginia is another player, lending a realism and unpredictability to the game, meaning that no two interactions are the same.

More focused on RPG elements rather than shooting, Fallout 76 is a prequel to the previous games in the series, and sees you emerging from Vault 76 after the nuclear war with the mission of re-colonising what’s now known as the Wasteland.