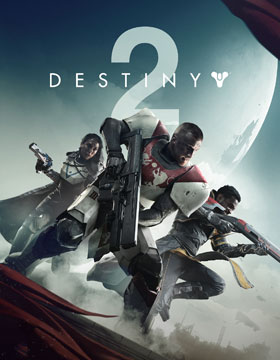 Find the best deals on Destiny 2 for PC (Microsoft Windows), PlayStation 4, Xbox One. We compare 18 deals (starting from £2.95) across every edition offered by our partner retailers.

Even with Bungie’s pedigree with the immensely successful Halo series, few would have predicted just how popular and enduring the first entry into the Destiny series would prove to be. Thanks to its tight gameplay mechanics, multiple races, meticulously detailed lore and variety of different ways in which to play, Destiny has maintained a massive and committed following since its launch in 2014.

Destiny 2 picks up the story where Destiny left off. With humanity surviving within the Last City with help from the celestial body the Traveler, an alien race attacks in order to try and wipe them out, riding the Guardians of the powers they accrued in the first game. Once again, you’ll need to build up your stats and abilities, RPG style, in order to become strong enough to counter this enemy threat.

Destiny 2 offers a gaming experience like no other, transcending the usually basic setup of FPS games to incorporate major elements of detailed RPG games as well as a heavily detailed online experience that offers potentially hundreds of hours of additional gameplay, as does the anticipated story DLC.

Get a feel for Destiny 2 with this look at the gameplay.