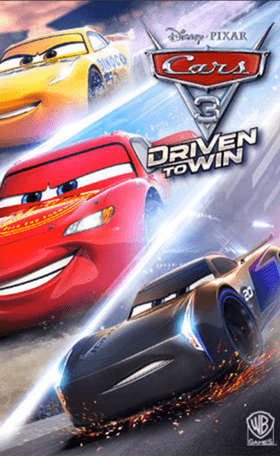 Find the best deals on Cars 3: Driven to Win for Xbox One, Nintendo Switch, PlayStation 4. We compare 46 deals (starting from £11.95) across every edition offered by our partner retailers.

Coinciding with the third film’s release, Cars 3: Driven to Win puts you in the place of your heroes from the Pixar film series’ Cars.

Cars 3: Driven to Win gives you the opportunity to face off in classic races, battle mode (races but with added weapons), “takedown” (a fight to be the last car standing), “stunt showcase” (where players are invited to pull off the best stunts they can) and a classic time trial option.

With bright colourful graphics that stay true to the film’s look, this is a must-own for any fans of the film series.