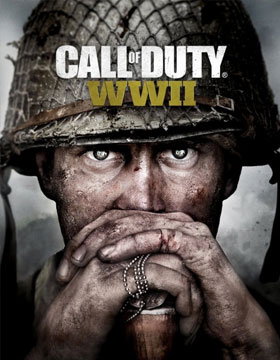 Find the best deals on Call of Duty: WWII for PC (Microsoft Windows), PlayStation 4, Xbox One. We compare 21 deals (starting from £4.97) across every edition offered by our partner retailers.

After numerous installments of Call of Duty set in modern times or even in the future, Call of Duty: WWII sees the series return to its historic roots for the first time in more than ten years. Set in the European theatre of the Second World War, WWII puts you in the shoes of a US soldier as his unit make their way around Europe, fighting across fields and in towns and participating in several iconic moments of the war, including the D-Day landings at Normandy and the Liberation of Paris. As well as playing primarily as two different US infantrymen, you’ll also get the opportunity to step into the shoes of a leader of the French Resistance and a British Special Operations Executive.

Of course, a major reason for Call of Duty’s huge popularity for the past two generations of consoles has been the series’ online multiplayer offering. Call of Duty: WWII may be set in a time before the types of weaponry and futuristic inventions found in recent entries into the series existed, but that doesn’t mean any less of a quality experience can be found online.

Players select from five different types of soldier, depending on their individual play style, and take on the opposing side on a series of impressively detailed maps that allow for a huge range of different ways to take on the task at hand. And of course, the series’ hugely popular Nazi Zombies mode also makes a return.

No CoD would be complete without online multiplayer!