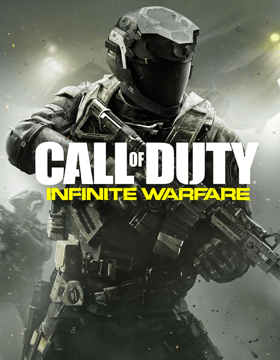 Find the best deals on Call of Duty: Infinite Warfare for PC (Microsoft Windows), PlayStation 4, Xbox One. We compare 3 deals (starting from £18.14) across every edition offered by our partner retailers.

Set in the distant future, you’ll transition between space combat and boots-on-the-ground combat as you battle against the Settlement Defense Front to protect the Earth colonies around the solar system and the precious resources they provide.

Included with all Call of Duty: Infinite Warfare PS4, Xbox One & PC – Legacy Edition, Digital Deluxe and Legacy Pro editions will be a copy of Call of Duty 4: Modern Warfare.

Developed by Raven Software, the remaster will come with the original campaign mode and 10 multiplayer maps. Weapons, killstreaks and game modes from the original game will also feature in the remaster.

Prepare for a gripping war story in which players fight against the Settlement Defense Front to defend our very way of life.

An FPS Legend that included an epic single player campaign, JackFrags video explains in detail just why so many hours were put into Modern Warfare.