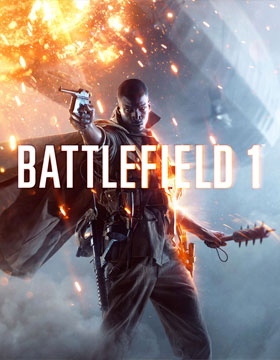 Find the best deals on Battlefield 1 for PC (Microsoft Windows), PlayStation 4, Xbox One. We compare 8 deals (starting from £5.01) across every edition offered by our partner retailers.

The fourteenth installment in the Battlefield franchise, but the first EA game to be set in WW1 since 1994, BF1 is set to be bigger than anything before it. The campaign mode will be larger than previously with more open environment

The campaign mode will be larger than previously with more open environments, meaning you have greater options at your disposal to how you approach combat. Additionally, the multiplayer mode will support up to 64 players, with a new squad system that will allow groups of players to enter and leave game servers together.

– Be a part of the greatest battles known to man. Epic wars are waging across the heavily defended Alps, the scorching Arabian deserts and the Western Front.

– Witness the birth of all-out war on land, air, sea and horseback.

– Earth-shattering intuitive destruction means no two battles are alike. Destroy vehicles, level buildings, even the ground can be blasted apart.

– Team up with friends in epic 64-player multiplayer battles.

– Take control of several characters in a bigger than ever campaign mode, and see a global conflict unfold before your eyes.

Watch the global reveal of the next installment in the Battlefield franchise; Battlefield 1 for PS4, Xbox One and PC.

Battlefield’s rent-a-server program lets players set up their own private and public servers. This will enable players to customise what they play, including map rotations, game modes, as well as gameplay tweaks.

Exclusive to GAME, the Battlefield 1 Collector’s Edition for PS4 allows you to discover more about the game via concept art playing cards, reveal DLC content with the messenger pigeon tube, join the fight wearing your own Battlefield patch and recruit allies with the cloth poster. Also includes Collector’s Editon Statue. FIND OUT MORE>>>