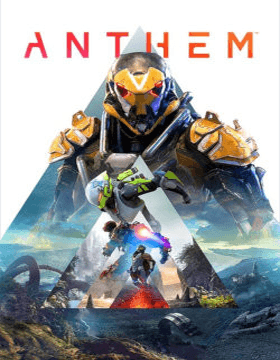 Find the best deals on Anthem for PC (Microsoft Windows), PlayStation 4, Xbox One. We compare 43 deals (starting from £2.99) across every edition offered by our partner retailers.

From BioWare and EA comes Anthem, one of 2019’s most anticipated games. Offering intense PvE action combined with RPG-style skill trees, Anthem promises to be one of the most heavily played games of the year. With jaw-dropping graphics, an incredible movement engine (that includes flying) and immersive, involved third person gameplay, Anthem could well prove to be one of those games that maintains a thriving community for years to come.

Coming to both PS4 and Xbox One, Anthem offers an immersive online experience that combines play with others and single player elements, all taking place within one world. You play as a Freelancer, tasked with leaving your home community in order to explore the wider reaches of the universe. With Fort Tarsis as your headquarters, you can take assignments and form squads with up to three other players in order to complete missions. A veritable Mos Eisley, Fort Tarsis plays host to a variety of different factions, each with their own characteristics.

An entirely new IP, Anthem is brimming with mysteries and new lore that is begging to be discovered. However, one of the major draws to the game will undoubtedly be the technology it unleashes. As with any futuristic shooter, you can expect some daring, inventive weaponry that will allow you to approach tasks in a variety of ways. One of the most eye-catching technological features of the Freelancers is, however, the Javelin suit that every player wears. These suits grant you superhuman abilities, enabling enhanced fighting skills and, most notably, flight.

Your Javelin suit is completely customiseable, and you can save different load-outs so you can refer back to set ups that have worked particularly well. No matter if it’s speed, precision, or brute force that you choose to favour, you can make your Javelin respond accordingly.

Anthem is available on Xbox One S, Xbox One X, PS4 and PS4 Pro, as well as PC. It also requires an internet connection at all times, even if you’re not planning on teaming up with other players in a squad, so bear that in mind! We’ll be tracking all the best prices and deals for all console platforms, including digital keys and physical copies, right here.

The standard edition comes with the game, as well as the following benefits when pre-ordered:

The Legion of Dawn edition comes with the game, as well as the following benefits when pre-ordered:

Every purchase of the Legion of Dawn edition comes with the follow, regardless of when it’s purchased: