The Xbox One Elite controller, when first announced back at E3 2015, represented a watershed moment for the console itself. The Xbox One launched with the Kinect sensor and the mandate of being an entertainment centre as well as gaming console. The Elite controller, with an RRP of well over £100, interchangeable buttons and more, was a turning point. Since it launched, Microsoft's aim for the Xbox One has been to deliver the best possible performance on cross-platform games.

This trend continued with the release in November of last year of the Xbox One X. Billed as the most powerful home console ever launched, the One X is capable of running certain games at a 4K resolution at 60 FPS and can deliver an unparalleled experience on cross-party favourites like Call of Duty: WWII and FIFA 18.

We had speculated that Microsoft could bundle the Elite controller with the One X as part of a premium package. However, the reason they didn't is now becoming clear.

Through a series of leaks on both Reddit and Baidu, some details have come to light about a new Elite controller. 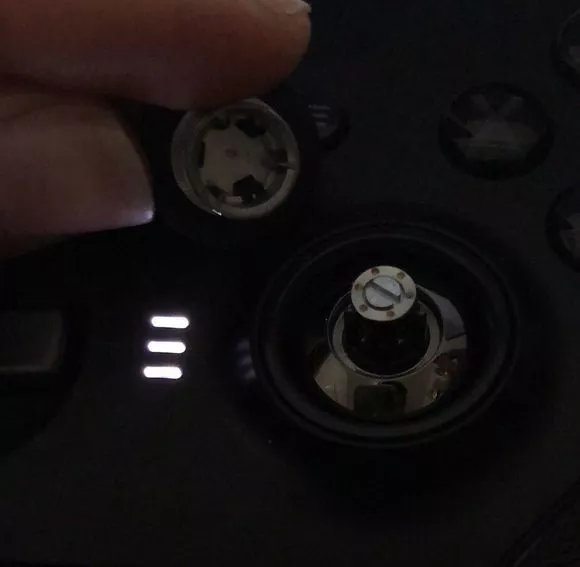 First of all, it appears this is a revision designed to replace the original, rather than a completely new controller. There's no word on an official name yet, but don't be surprised if Microsoft simply discontinue the existing model and continue using the 'Elite' name for this model, as Sony have done with the two versions of the PS4 Dualshock 4 controller.

The most obvious visual change is one that addresses the most common complaint levied at the original version of the Elite. Despite boasting some incredible customisation options, the rubberised grips on the handles of the controller were of sub-par quality, and tended to peel off over time. Microsoft have since launched several standard controllers with rubber grips that have been free of the same issues, so it's fair to assume that the new Elite will have much more durable grips.

The new controller will do away with Micro USB for charging in favour of USB-C. Another significant introduction is Bluetooth support for Windows 10.

As well as all the interchangeable items from the previous version of the Elite - including the disc-style D pad and the paddles that could be attached to the back - The Verge suggest that there may be an option tweak the tension of the thumbsticks. The Verge also report that hair trigger locks, longer travel distances on the paddles and other features can be gleaned from the small amount of information we have.

You can browse deals on currently available Xbox One controllers here on Console Deals.