We at Console Deals have grown quite the eye for peculiar bundles, with our alarms raising whenever we’ve spotted something irregular or unannounced. Case in point is the one we’ve spotted listed over at UK online retailer Go 2 Games this afternoon, for all intents and purposes resembling that of a standard-looking 1TB Jet Black PS4 Pro console package, but what’s this? It includes two Dualshock 4 controllers instead of the traditional one.

While this unexpected reveal might not be particularly Earth-shaking or revolutionary, such a PS4 console bundle has yet to be officially confirmed by Sony itself. We’re used to seeing 500GB PS4 Slims packaged with two Dualshock 4 controllers and maybe a game, yes, but today marks the first time the PS4’s super-charged hardware revision has been seen with two gamepads included. 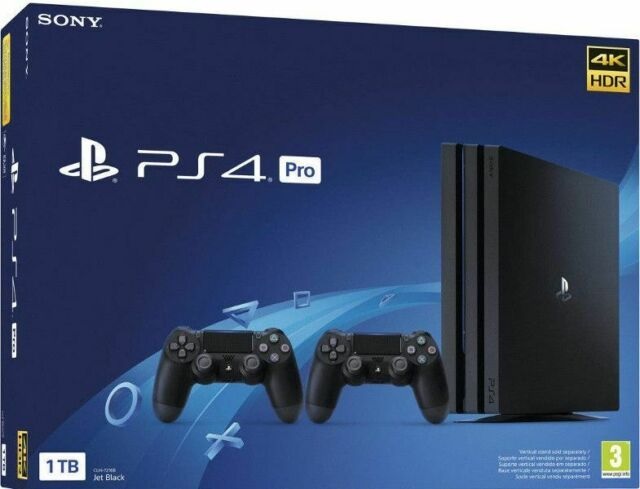 Go 2 Games’ product description states that the 1TB PS4 Pro console will officially go on sale this November 21st, meaning that it’ll be available to the masses just over a week before the Black Friday sales kick off. Right now you can pre-order this PS4 bundle for £375.99 – roughly £25 more than the version that includes a single controller. Dualshock 4s tend to sell individually for around £49.99, so that’s a saving of half price for anyone wishing to pick up this newly listed bundle.

Aside from this one major inclusion no additional accessories, games or software come included, with the aim of it seemingly to simply offer PS4 Pro purchasers the chance to play two-player games right out of the box; heaven knows there’s a lot of them now. We’ll admit, it’s a little strange to see PlayStation offer new PS4 bundles so late into the console’s life cycle, but makes a bit more sense when you consider that this is a good way to flog any extra Dualshock 4 controllers before the arrival of PS5.

Do you plan to pick up this new 1TB PS4 Pro bundle featuring two Dualshock 4 controllers when it releases late next month? We here at Console Deals will be sure to keep you up to date on any official announcement from Sony, as well as the best day one prices the moment it goes up for release.