More so than even Nintendo, Microsoft continues to provide players with a litany of cool controller options. The best example of this is the Xbox Lab, an online service where anyone can customise their own gamepad by selecting their preferred colour scheme and button layout, but every so often the Xbox conglomerate introduces its own special edition wireless controllers. Yesterday two more of these were revealed: Phantom Magenta and Arctic Camo.

Phantom Magenta, as you’d likely expect, further riffs on Xbox’s line of ghost-like chassis designs, where a colour shade begins deep before slowly fading upwards to reveal the innards of the controller. Still, while it might look a little familiar, we think the new Magenta tone looks stunning and would sit rather nicely alongside the Fortnite Dark Vertex gamepad. Better yet, if you missed out on this, the Phantom Magenta wireless controller would likely serve as a nice alternative. 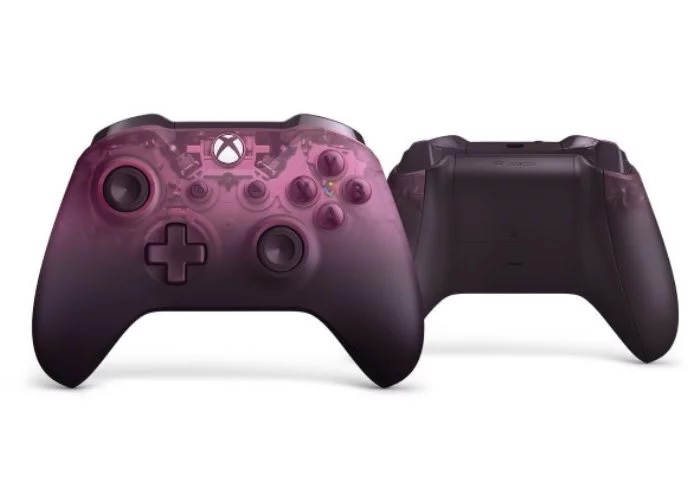 Then you have the Arctic Camo Special Edition wireless controller, which substitutes the classic camo greens for much icier-looking white and grey shades. Again, we’d say Microsoft has done a pretty good job on this one, too, even if it isn’t quite as eye-grabbing. It differs slightly in the Winter Camo controller previously release by again offering players a peak at the controller’s innards. It’s never not cool.

Both controllers are expected to go up for pre-order relatively soon here in the UK, so we’ll update this blog as soon as that’s the case. Until then, though, know that you’ll be able to get your palms on the Phantom Magenta Special Edition controller around March 17th, while the Arctic Camo Special Edition is expected to release a little later on May. Which one of these will you be picking up?

It’s worth mentioning that, as with all controllers that make up the Xbox One family, both of these beauties will be forwards compatible with Xbox Series X in addition to the current consoles. Therefore you can pre-order and purchase with the upmost buyer’s confidence.