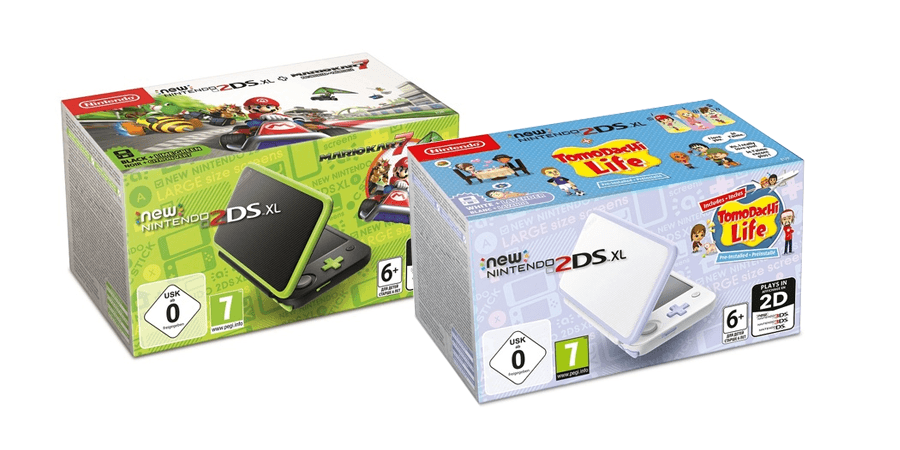 Ever since the Nintendo Switch launched, there has been speculation about how long the 3/2DS line has left. The Switch can be played as a handheld, and it's likely that Nintendo will only continue to redirect support from 3DS games to the Switch moving forward.

However, the 3DS has proved resilient. It remains enormously popular, and has the Game Boy Advance and PlayStation Portable in its sights in terms of total units sold. The New 2DS XL launched last year, and is now the only version of the device still in production for the European market.

Chief to the New 2DS XL's continuing appeal is its low cost, enormous library of games and its robustness, with its clamshell design making it much more child-friendly than the Switch's relatively delicate design.

Previously, the New 2DS XL was only available in four colours: black and blue, white and orange, and two Pokémon themed versions (Pikachu and Poké Ball). Now, we're getting another two colours.

A black unit with lime green detailing will come with Mario Kart 7 pre-installed on the system, while a white console with lavender trim comes with Tomodachi Life installed. Currently, there's not been any word on whether these new colours will be available with any different games or to buy by themselves.