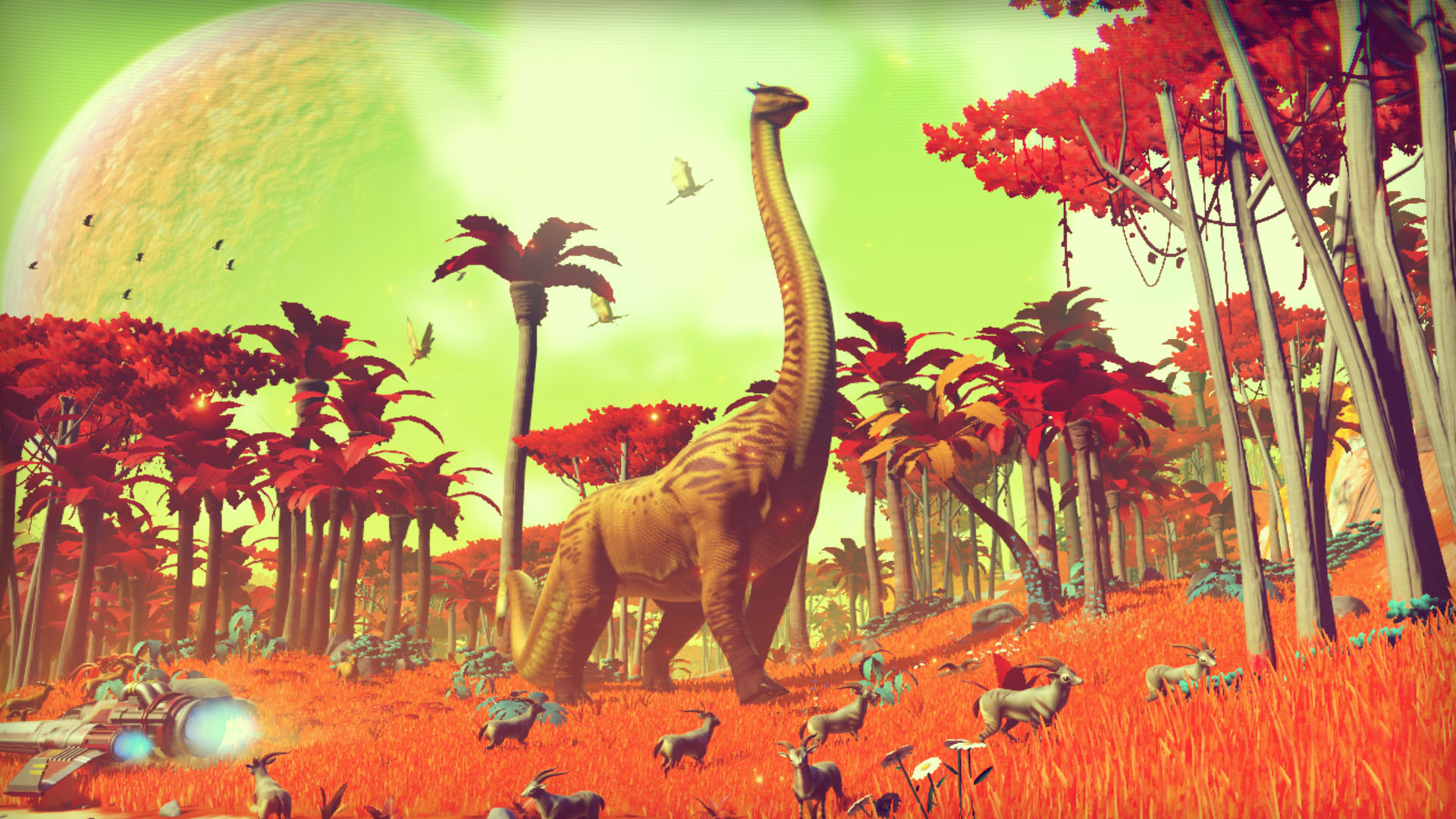 2015 has been a great year for gaming. But it’s also been the year of the remake and a year full of delays.

We got great new games like Halo 5, The Order: 1886, Rise of the Tomb Raider, Splatoon and Fallout 4 this year but we also got an excessive number of remasters too, from Gears of War to God of War 3 and everything either side.

Unfortunately, we’ll mostly remember 2015 for the games we didn’t get. Zelda Wii U, Uncharted 4, The Division and more all slipped to 2016.

Thankfully, 2016 is just around the corner. With all the titles that were held back for the coming year, plus a shedload more, the new year is shaping up to be a good looking gaming year.

Final Fantasy 15: It looks really pretty, gameplay has shifted from turn-based to action combat and with any luck the dialogue won't be too unbearable. However, FFVI may get overshadowed by the Final Fantasy 7 remake coming later.

Dark Souls III (PS4, XBO, PC): Series creator Hidetaka Miyazaki is back in the director's chair for DS3, so we can probably expect it to be better than the middling second game.

Deus Ex: Mankind Divided (PS4, XBO, PC): Jaws dropped when this was revealed, and for good reason. Deus Ex is all about choices, and Mankind Divided's incredibly detailed world is set to give players more tough decisions than ever before.

Mass Effect: Andromeda: The first new Mass Effect of the generation is finally coming out in 2016. All we can say is hooray!

Mirror’s Edge: Catalyst: The first Mirror's Edge game was full of potential. Now can this sequel actually deliver a great game? We'll find out this year.

By Sony’s own admission; 2015 was quiet for exclusive PS4 games. That’s all about to change – the games previewed below are just the tip of a massive iceberg set to crash into your PS4 in 2016.

Last Guardian: It's from the makers of Ico and Shadow of the Colossus and it's actually coming out at last. What more needs to be said?

No Man’s Sky: Some fear this beautiful space exploration game, where you can visit literally thousands of different planets, could end up feeling as empty as the real outer space. We'll just have to wait and see.

Rime: Taking a cel-shaded cue from The Wind Waker, Rime is a lovely-looking puzzle adventure about a boy trapped on a cursed island.

Street Fighter 5 (also on PC): By now you either love Street Fighter or you don't. SF5 doesn't seem to be doing a whole lot new, but it does have great visuals, a new roster and a freshened-up game system.

Uncharted 4: A Thief’s End: PlayStation's showcase franchise is back on PS4. Expect the highest production values, solid action gameplay and a Hollywood-style story.

"The best line-up of exclusives in the history of Xbox", that was Microsoft's boast at Gamescom. If Microsoft delivers on it's promise then Xbox One owners have a lot to look forward to in 2016.

Crackdown 3: Crackdown is a great series that's never quite received the love or recognition it deserves. With incredible destructive environments, supposedly made possible by 'the cloud', the third time could be the charm.

Cuphead: Ever wanted to be in a 1930s cartoon? The makers of Cuphead obviously did; their game looks pretty amazing. Hopefully its platforming action is as good as its visuals.

Gears of War 4: The third Gears of War game felt a bit same-old-same-old, but with a new developer (The Coalition) and the power of the Xbox One, GoW is set to wow us all again.

Quantum Break: From the makers of Alan Wake - take what you want from that - Quantum Break is a sci-fi shooter with typically lovely visuals. Hands-on impressions have been lukewarm, but there's time for polish yet.

ReCore: A girl and her robot dog go on... some kind of adventure in this mysterious new IP from the creator of Mega Man. We can't wait to see more of it!

2016 looks like being a transitional year for Nintendo. There's at least one mysterious new console/possible handheld system on the horizon and support for Wii U and 3DS is starting to dwindle. Fear not though - the Big N still has some pretty amazing stuff lined up.

Legend of Zelda (Wii U): Every new mainline Zelda title seems to get a new look and concept and this one seems to be Studio Ghibli + open world. There's a Twilight Princess remake on the way too.

Metroid Prime: Federation Force (3DS): Met with some irritation by fans unimpressed by its stylised graphics and team shooter mechanics, this is still a Metroid game. Kind of.

It’s no secret the Wii U has sold poorly, and new 3DS games seem to be drying up lately too. Nintendo has already started talking about the new system, codenamed ‘NX,’ and has promised to reveal more details in 2016. The image above is a slide from a Nintendo investor presentation.

So, is NX a home console, a handheld… or somehow both? Will it actually go on sale in 2016 or will we have to wait a year after the reveal like with Wii U? A lot still to come with this one.

Which games are you most looking forward to? What’s looking like a flop waiting to happen? Or did we miss your most-anticipated title altogether?

Let us know in the comments – and happy new year!