Two controller reviews in one? They said it couldn’t be done but we at Console Deals are brave enough to try, namely because the controllers being critique are ostensibly the same – only differing in that one is intended for use on PS4 (VX4) and the other Nintendo Switch (WX4). Both come courtesy of Gioteck and seek to offer players a “premium” experience at a budget price. And while we wouldn’t say that they live up to this lofty claim, both the VX4 and WX4 should suit players who value always having a reliable Player 2 gamepad to hand.

Both controllers aren’t bad, by any means, but very much sit on the lower end of the spectrum in terms of excellence. This is of course reflected in the price, yet it’s important you’re made aware of this before we dive into specifics. Even still, low price point aside, do the VX4 and WX4 Premium Wireless Controllers impress elsewhere? Let’s find out.

Both controllers aren’t looking to wow anyone from a design perspective, but Gioteck have tried to make up for this by offering the VX4 and WX4 in a range of different colours. The Nintendo Switch WX4 sent to us, for instance, comes coated in an arctic camo shade, which is fairly basic overall but may appeal to younger players wanting to set the mood when playing a military shooter. The pattern looks nice from afar, yet it does falter a little upon closer inspection when you notice that the printing appears a bit cheap.

The VX4 equivalent (compatible with PC and PS4) fares a lot better, however, sporting a glossy purple tone that oozes a bit more quality. It’s also a lot more consistent, as the candy-coloured Purple tone wraps around the entire controller as opposed to simply being printed on the front. Ultimately, it doesn’t matter too much what your gamepad looks like, of course, but Gioteck does allow for some wiggle room with both the VX4 and WX4 wireless controller lines. Both look attractive and make a statement without looking garish, even if the different tones offered are a bit basic.

The VX4 and WX4 controllers work as expected on the main console platforms they’re specifically intended for. Although, interestingly, the former is fully compatible with the PS3 and PC as well as Nintendo Switch. The PC functionality was already quite impressive enough as so few third-party gamepads for Switch offer this, but it’s especially so seeing as the WX4 doesn’t work on PS3 – just PS4 and PC. Hooking it up via the Micro-USB to USB connection may be recommended for the best, lag-free results, but this cross-generational flexibility from the VX4 is a nice touch. 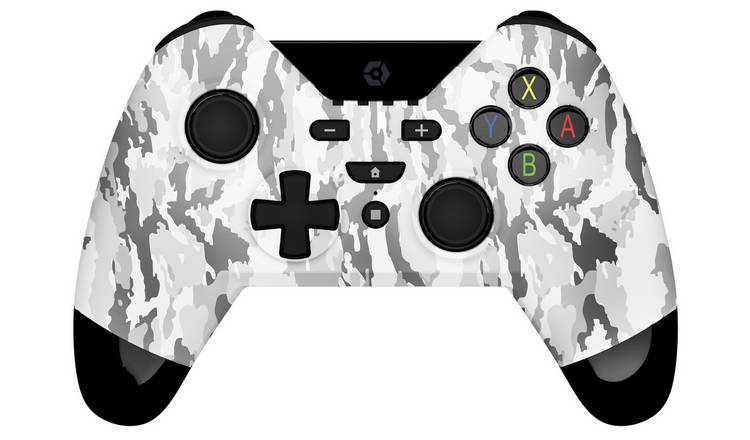 One slight drawback of the VX4, though, is that it won’t turn on your Switch – instead only connecting to the console wirelessly once it’s already active. The same is true for the WX4 and its main intended console, the PlayStation 4. Obviously one of the huge benefits of both Gioteck controllers is that they feature two remappable buttons at the back. These are easily programmed using the dedicated ‘set’ button, and we found any configuration worked perfectly as intended across all the different gaming platforms they work on.

The first thing to mention in terms of performance is that both controllers offer a great sense of feedback. Every button press has a nice clicky quality to it, which might sound silly but makes all the difference in notifying that your input has registered. You also get a complete D-pad in both the VX4 and WX4, too, making them an ideal way to play indie-centric and retro-style platformers. Handy, seeing as you’ll find a lot of these games on both the Nintendo Switch and PS4’s digital storefronts.

One thing worth mentioning is that with the VX4 specifically, we initially struggled to get the controller to find the Nintendo Switch and connect. This is done using the standard “Change Grip/Order” function on the console and holding down VX4’s home and Y button at once, but for some reason it took a couple of tries. Following that, however, it worked fine. Once both controllers are linked, you have an impressive 12 hours of battery life to look forward to.

Despite their more boomerang-like shape compared to the first-party equivalents, the Gioteck VX4 and WX4 Premium Wireless Controllers always felt extremely natural to hold. The two gamepads both lack any sort of textured or rubberised grip at the back, instead opting for just a standard plastic shell. Despite this, though, I never found myself losing any grip during extended use. I have quite big hands and never struggled to stay comfortable using either the VX4 or WX4. 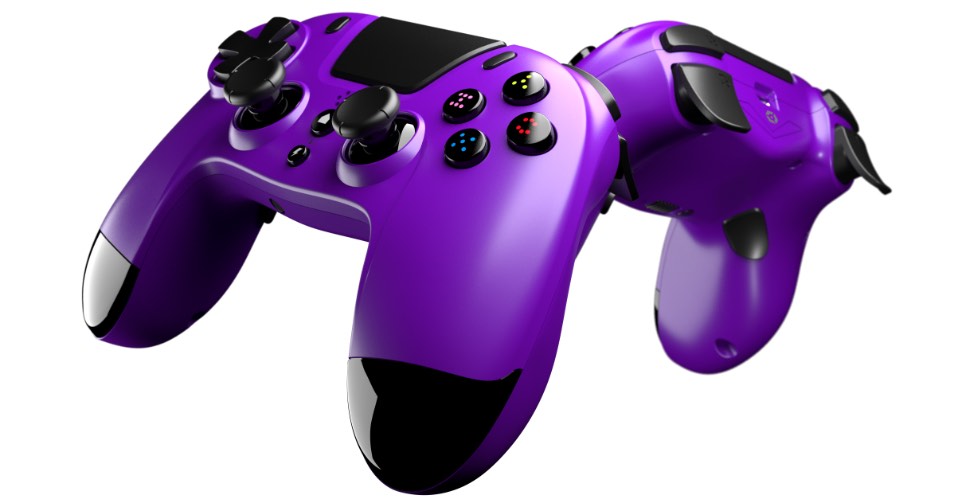 One aspect I could never quite get used to was just how light both controllers are. When something is marketed as a “premium” video game controller, you usually expect it to have a weighty sense of heft. That’s most definitely not the case here. In a way it’s quite nice to not have to worry about your hands getting tired, but this is the main contributing factor in making both the VX4 and WX4 feel like a cheap, budget-buy gamepad option. Maybe it says more about me and my controller preferences that this is the case, yet either way, it’s a small comfort aspect to be aware of.

As already alluded to in this review many times, price is one factor we can’t really complain about Gioteck has done an excellent job in packing in a lot of features and flexibility for two controllers that generally retail for around £29.99. This gets you an attractive, if fairly cheap-feeling gamepad that delivers wireless play for up to 12 hours, excellent button and trigger feedback, and of course two programmable functions on the back. We can’t see anyone choosing the VX4 or WX4 over PlayStation and Nintendo’s own first-party controllers, but these are a serviceable solution for the Player 2 in your household.

3/5
The VX4 and WX4 wireless controllers from Gioteck won't win many awards for style, but both serve as an affordable solution for people wanting to have a budget-friendly spare gamepad. Minor "premium" features like two programmable buttons and 12-hour battery life is appreciated, even if they do lack a lot of flair and won't replace your first-party controller.

Get the best price on the VX4 and WX4 controllers below: 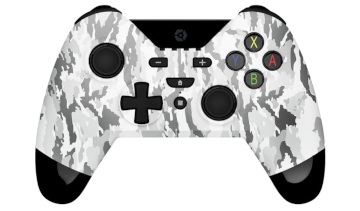 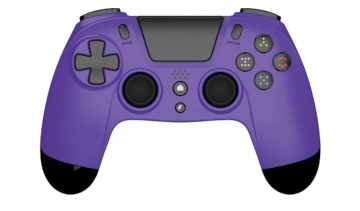