The Xbox Series X has been on the market for roughly 8 months now. And during most of this period, we at Console Deals HQ have been left wanting for a proper premium-level gaming headset that really showcases all the audio enhancements possible on Microsoft’s next-gen console. There’s the official Xbox Wireless headset, of course, but what about players who want their sound to hit that next level. Enter LucidSound with the LS50X, the manufacturer’s flagship headset, which not only looks to provide a luxurious experience on Xbox, but with any Bluetooth device you own, too.

Does it work? Absolutely. This is the most we’ve been impressed by a third-party headset in quite a while, and its largely thanks to the LS50X’s hassle-free set up, seamless device switching, and the ability to customise your audio experience on the fly during game sessions. Throw in some seriously impressive comfort, and LucidSound have crafted an ideal wireless headset solution – providing you can stomach the premium price point.

Being the first LucidSound product we’ve tested, we weren’t sure what to expect from the LS50X in terms of build quality. However, any fears were quickly dashed as soon as we took it out of the box. This is an incredibly sleek and understated headset, boasting a subtle combination of black and silver tones that helps it look professional and never garish. This subtly in design is also matched by the LS50X’s sturdiness.

When you’re buying a headset at this level the hope is that you can feel some heft, but the LS50X excellently balances form with function. The two earcups are bulky, true, but the lightweight metal headrail stops it from feeling heavy. We at Console Deals have never been a fan of when brands plaster their own logo everywhere on products, and the LS50X also manages to avoid that by seamlessly stick two subtle LS icons on each of the cups. There’s a mention of “LucidSound” on the band, but its grey colour neatly bleeds into the black. 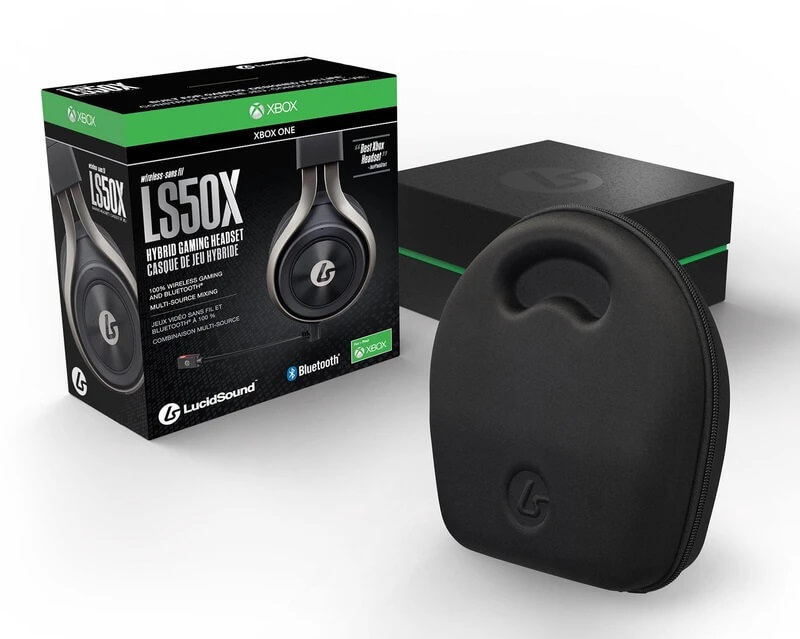 There’s hardly any lighting to be found anywhere on the LS50X, which may or may not be a good thing depending on how affectionate you are towards RGB colours. The only real colour seen outside of the frame and earcups’ black and silver is the small LED light, which will stay blue when in use and remain white as its charged. Is the LS50X the most unique styled Xbox Series X|S headset out there? Not at all. But it’ll neatly tie into your entertainment centre when in use and boasts an effective minimalist appearance overall.

Whereas most third-party Xbox Gaming Headsets constantly shout about their platform agnostic approach, usually this boils down to simple PC compatibility in addition to console use. The LS50X leans even more deeply into this aspect, though, featuring a dedicated wireless mode for Xbox consoles and a Bluetooth mode intended for use with PC and mobile devices. Both options always connected and worked flawlessly in our experience using the LS50X, and the ability to switch between the two with just a tap of the left earcup is a welcome feature.

While it might be a bit disappointing that you still require a separate USB adapter plugged into the back of your Xbox fore the LS50X to work, once it’s in you can always set it and forget it. We really can’t fault the LS50X in terms of function, largely because it delivers on all the promises laid out on the box. LucidSound’s slogan for this product is “Built For Gaming. Designed for Life” – and we’re inclined to agree with them.

Okay, so onto the good stuff, and really any gaming headset worth its weight is only as decent as its performance, right? Well, in this area too the LS50X manages to impress. What you’re getting here is a headset packed with 50mm drivers that delivers a nice punchy sound, all of which you can enjoy to the fullest thanks to memory foam earcups that help to cancel any external noise interference. The mic also came through crystal clear when speaking in party chats, even if we were encouraged to stick with the one built into the LS50X itself, so as to not mess around with the flexible boom mic. 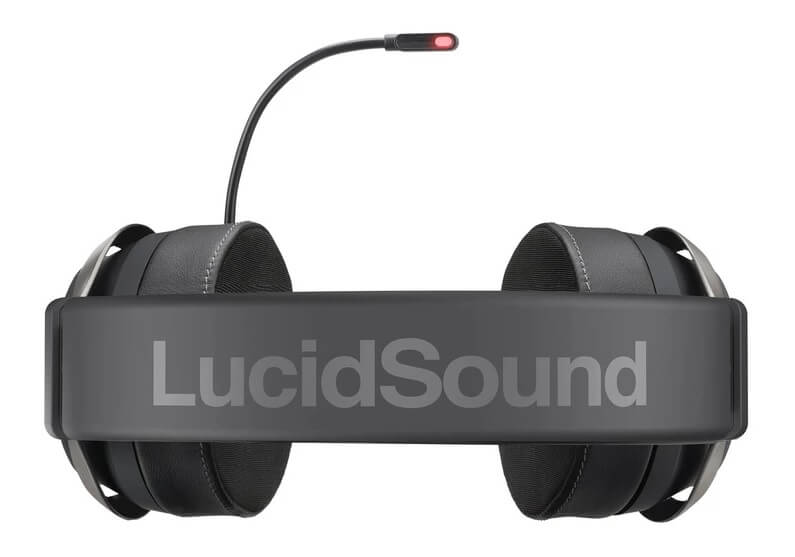 The LS50X lives up to the claim of around 20 hours of battery life and can be used up to 30ft away from your console, both of which work well for letting you play conveniently for longer. The real star of the show, though, are the five built-in EQ modes. Bass Boost, Movie, Music, Flat and Signature Sound can all be switched between with just a tap of the right earcup, easily identifiable by the voice of a relaxed American lady uttering in your ear. Signature is what will suit you in most play sessions, but the inclusion of other EQ options is a clear indication of LucidSound’s intention to have this be a headset for more than just gaming.

All the best headsets are those that you eventually forget your wearing. Often this notion can take anywhere between 10 and 30 mins to really take effect, but the LS50X is just so comfortable and lightweight you forget it’s there almost right away. A lot of this is down to the extremely lightweight metal frame as mentioned earlier. Also contributing towards this, though, is the soft memory foam cushions that lay comfortably on either ear. These comfort features alone would be enough, but again LucidSound pushes things further with the addition of a cooling gel lair underneath the cloth liner of the earcups. Needless to say, the LS50X is comfortable and then some!

The only real area that might be a deal-breaker for players is the cost. The LS50X retails for around £249.99 here in the UK, which, despite being high compared to other third-party gaming headsets, we really can’t argue with. Why? Well, not only because it delivers in terms of function, form and especially comfort, but also because it’s use outside of gaming is just as effective. We can easily see ourselves wearing this outside of the home to listen to music and podcasts. If that isn’t the testament of a good headset, we don’t know what is. 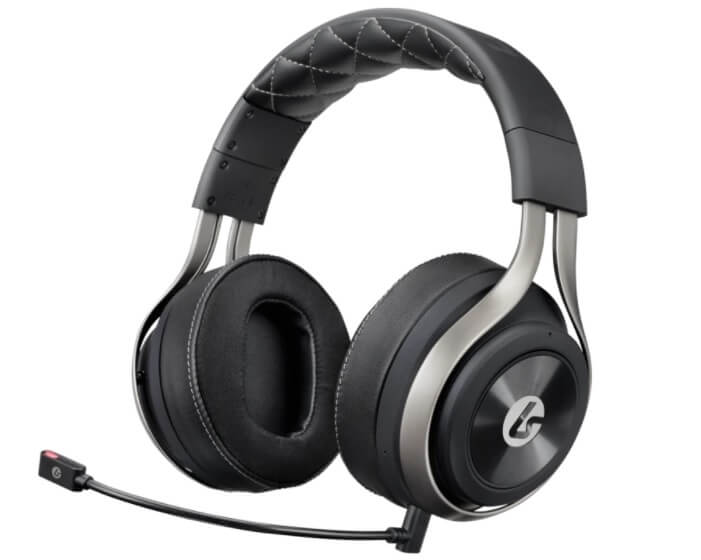 That said, if you’re just seeking an easy-to-use gaming headset that keeps you immersed in games, you likely won’t be fussed about features like custom EQ modes, cooling gel earcups and active mic monitoring. However, if you want a “forever headset” for all your Xbox/PC gaming needs that will also cover your day-to-day goings on, the £249.99 will be well worth it.

5/5
It's hard to imagine an Xbox Series S|X headset getting any better than the LS50X. Not only does it deliver a good audio punch, but extras features like Bluetooth connectivity, custom EQ modes and active noise cancellation makes it great for use both in and outside of gaming.

Get the best price for the LS50x below: 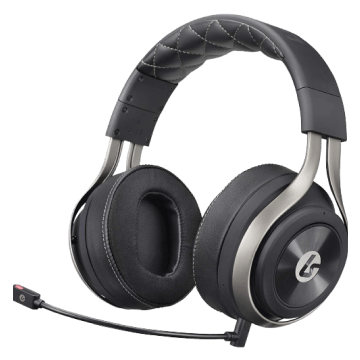