Here’s something we didn’t expect to hear leading up to E3: a new handheld console has been revealed.

It’s called the Playdate, is set to launch as early as 2020, and will see a slew of weekly games released for it over a 3-month period. Playdate is the brainchild of Panic, a software developer most famous for apps like Coda and Transmit, who is hoping to replicate the charm of early portable consoles like the Gameboy for a new generation of players.

Only a few upcoming games were announced alongside the Playdate’s reveal, but we do know that they’ll be sent out as physical cartridges via a subscription as opposed to being downloaded. This analogue approach is a clear attempt to pay homage to the early days of old-school gaming, with Panic itself stating, “the yellow colour immediately made Playdate feel approachable, friendly, and impossible to resist”. 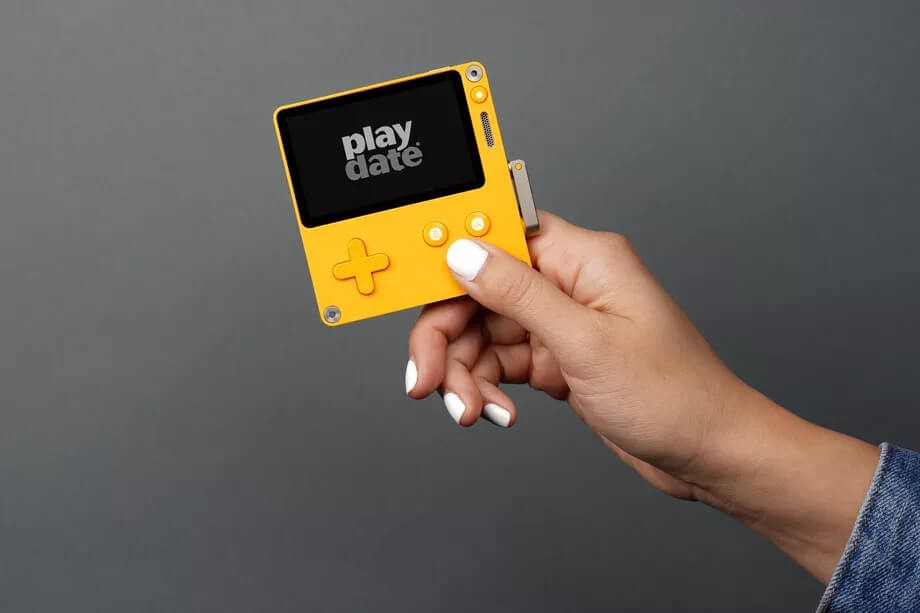 The hardware is purposely compact enough to fit in your pocket, featuring a traditional D-pad and two-button input set-up, but most notable is the addition of a crank. Yup, you heard that right. A crank! Described as the Playdate’s premier way of offering players “a whole new spin on games”. Panic explained that not every game has to use it, but those that do will do so in various ways: “Think of the crank like an analog stick but one you can turn endlessly”.

Playdate is currently shown to retail for $149 (roughly £120 here in the UK) and is scheduled to release some time in 2020. Potential purchasers are encouraged to indicate their interest by subscribing to Panic’s mailing list – but you can be sure that Console Deals will update you with more info the second it makes itself known.