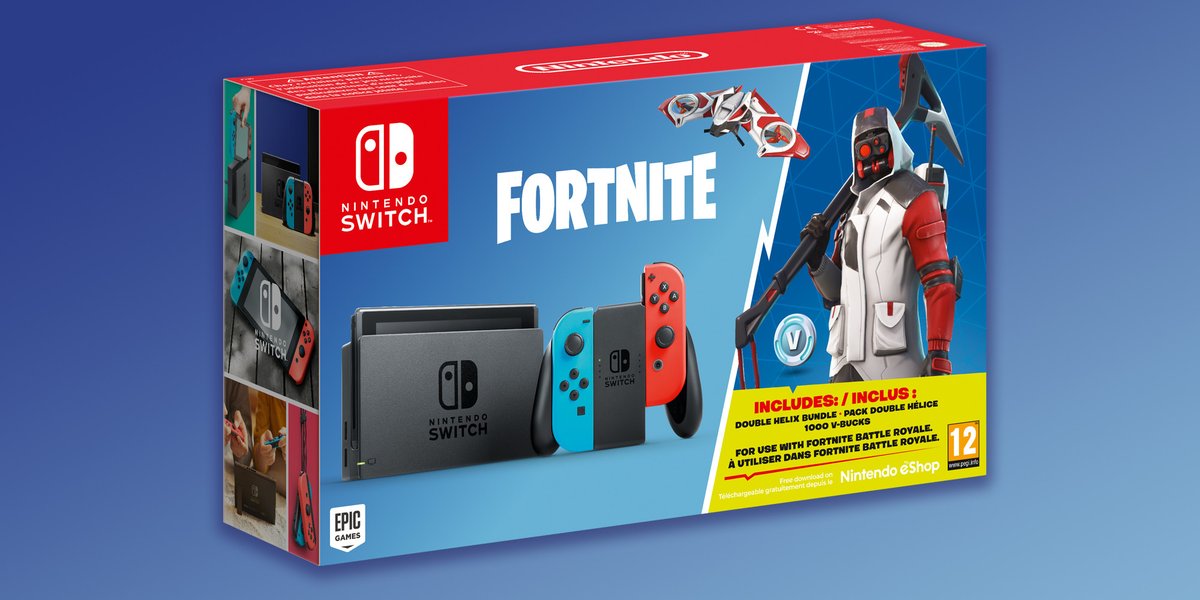 Another day, another Nintendo Switch bundle. After a quiet first year of existence in terms of variety, Nintendo have suddenly ramped up the number of options for buying their flagship console. Just over a week ago, it was announced that we'd be getting two limited edition consoles to coincide with the launch Pokemon: Let's Go, Pikachu! and Let's Go, Eevee! Then came word that a previously leaked Super Smash Bros Ultimate bundle was real, and would be out in December.

Now comes news of a fourth new bundle. Unlike the previous three, this one ties in with a non-Nintendo game. That's unusual in itself - Nintendo tend to keep their bundles focused on their own games. What's more, the game isn't even an exclusive. However, Nintendo have made an exception for Fortnite, and with good reason. Few games have captured the public imagination or generated such hype so suddenly as Epic's third person shooter has.

At this stage, Fortnite really doesn't need much of an introduction. Since it introduced a battle royale mode, the free to play title has skyrocketed in popularity. It has garnered millions of fans around the world, had its celebratory dances performed on stages such as the World Cup Final, and has become a gaming phenomenon, the likes of which hasn't been seen for years.

Naturally, it makes sense for manufacturers to bundle the game with their consoles. Sony have already done so with two distinct PS4 Fortnite bundles, and now it's the Switch's turn.

Named the 'Double Helix' bundle, the package comes with a standard neon red/blue Switch (with no extra design features), 1000 V-bucks (Fortnite's in-game currency), as well as exclusive items, which are hinted at in the box art.

RRP is listed at $299, which translates to the £279.99, the same price as the regular console. With such a competitive price, this bundle could be a big seller over the coming Christmas season.