The Nintendo Switch has been an enormous success for the Japanese gaming giant, with tens of millions of consoles sold so far and no sign of interest letting up. However, today there are reports of Nintendo possibly taking a dramatic change of direction in their distribution of digital downloads for Switch games, by stopping all retailers in the EMEA (Europe, Middle East and Africa) area from listing digital games for sale from late tomorrow (June 30th) evening. 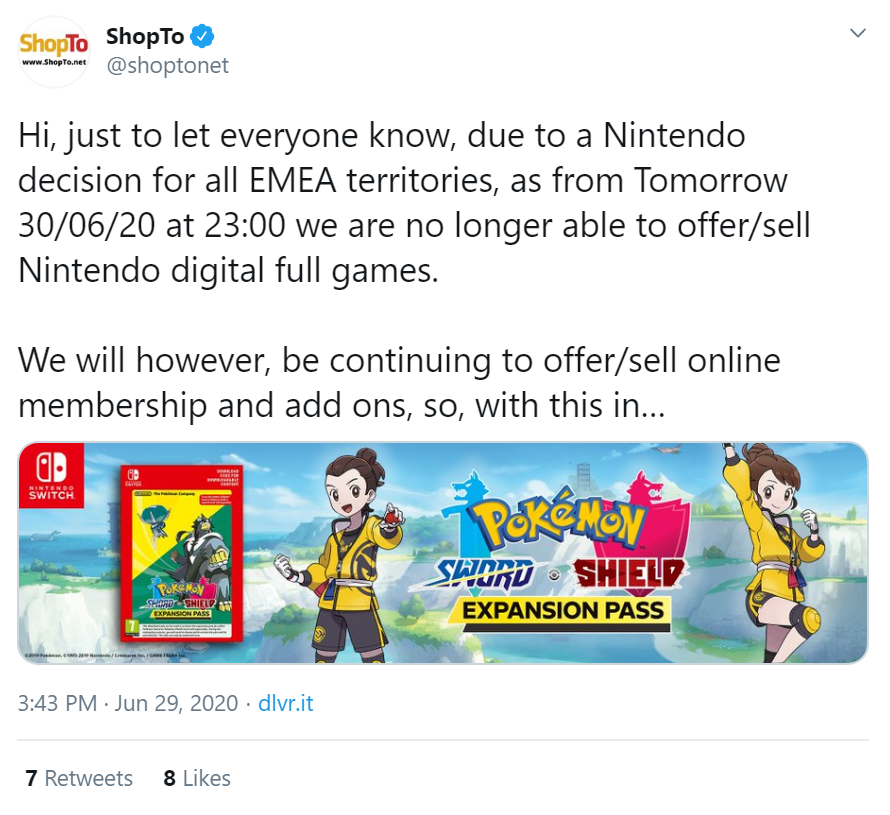 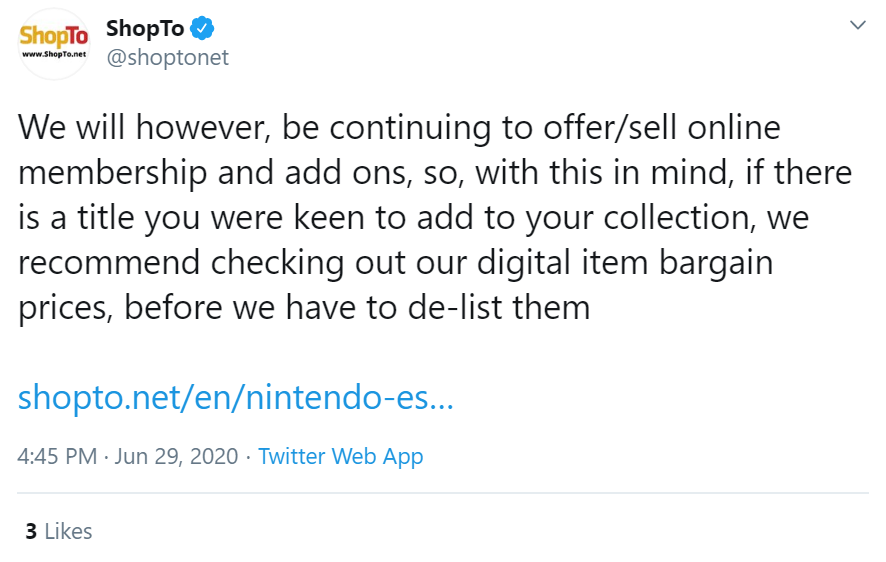 This situation isn't without precedent. Sony currently don't allow any third party digital game sales for the PS4, restricting sales to the official PlayStation Store. This has led to some frustration for players, who feel that prices are unfairly high on the PS Store, with no competition to drive prices down. The same is true of other aspects of the purchasing journey, such as refunds. Sony were recently fined $3.5 million AUD in Australia after they were found to have breached consumer rights laws for refusing refunds on certain games.

If anything, it felt as though Sony would be moving towards the model Microsoft have, allowing multiple retailers to sell digital game keys. With the PS5 launching with a digital-only edition, it seems like the possibility of gamers buying the console only to find they have no option about where they can buy their games and no prospect of competition helping them find better prices will be even greater than with the PS4. Instead, Nintendo may be about to follow Sony's example.

Nintendo are no strangers to running afoul of the EU on similar issues. In 2002, they were, along with several European distributors, fined more than 150 million Euros after it was found that they had worked to prevent "parallel" trade of games, where traders could export copies of Nintendo games when their country had them for a cheaper price than other nations.

ShopTo appear to be implying that the Nintendo decision will be applied across the entire EMEA, though it should be noted that as of publication of this post, we've been unable to find any corroborating reports.