It feels like there’s an alluring new sale over on the PSN store at least once per week, all of which give PS4 and PS5 players a chance to pick up a long-awaited bargain. The latest one centres on prequels and sequels to major franchises like Battlefield, Dead Rising and Mafia. What’s more, all these new PlayStation deals sit alongside the sale we informed you of last week, meaning there’s now more opportunities than ever to treat yourself to a much-needed interactive adventure. 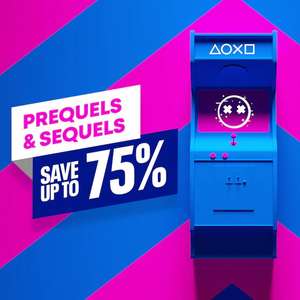 To save you wading through pages and pages of listings over on the PSN store, we at Console Deals are going to help you out by making the process slightly easier. Below we’ll round up our personal top picks of all the so-called ‘prequels and sequels’ featured, showing you how much you’ll be able to save before this sale ends on March 25th. We’ll even display the best price for all of the PSN Digital Currency card increments.

Get the best price on PlayStation digital currency:

Want to save even more money on any of the PS4 games listed above? Sure, you could go directly to the PSN store, but why not get the best deal on PlayStation digital currency cards to stack up the savings. Below we’ve listed a collection of all the different increments at the best price, making it easy for you to top up your digital wallet with additional funds: