Despite rolling out the red carpet with a new gamepad design, the Xbox Series S and Xbox Series X both released last November without a premium gaming headset option – at least from Microsoft. That’s finally about to change thanks to a new announcement from the team at Xbox, where a new premium headset designed specifically for the next-gen console platforms was unveiled. It’s simply called the Xbox Wireless Headset and is set for launch this March.

So how does the Xbox Wireless Headset differ to previous first-party attempts? Well, as noted over on the official Xbox newswire, Microsoft’s aim is to deliver the “best-in-class audio and chat performance, outstanding design and comfort, and unique experiences that are tailored for each gamer.” The headset achieves this by supporting some of the most feature-complete audio tech, including Dolby Atmos, Windows Sonic and DTS X Headphone. This will allow the headset to let you hear the difference more accurately between, say, subtle footsteps and loud explosions.

Also of top priority was low latency, clear sound and lossless audio. In addition to the features aimed at enhancing in-game audio, chat audio quality is also intended to be top notch, with voice isolation technology helping your mic to better pick out voices over any likely background noise. Another nifty feature is auto-mute, which will naturally turn your mic off to conserve power and keep the external noise on your end quiet whenever you’re not talking. A manual mute option is still included, though.

The overall design of the Xbox Wireless Headset is “intentionally understated”, Microsoft says. It shares the same colour scheme as the Xbox Series X, designed to neatly blend in with the aesthetic of most gaming set ups. Then you have the softly padded ear cushions, which look extremely comfortable and should suit most players’ heads.

One of the most unique design aspects of the headset is the rotatable earcups, which will allow you to easily adjust the overall volume of games as well as party chat. As with first-party Xbox products past, the Xbox Wireless Headset is also entirely customizable using the Xbox Accessories app. It’s here where players will be able to tweak such elements as bass boost, auto-mute sensitivity levels and much more. Microsoft wants to provide hardcore gamers with a premium first-party gaming headset option and look to be pulling out all the stops.

The Xbox Wireless Headset is expected to launch worldwide on March 16th, with UK pre-orders availalable now. Secure yours for £6 less than the £89.99 at Amazon UK below: 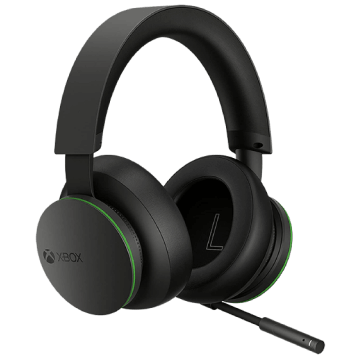