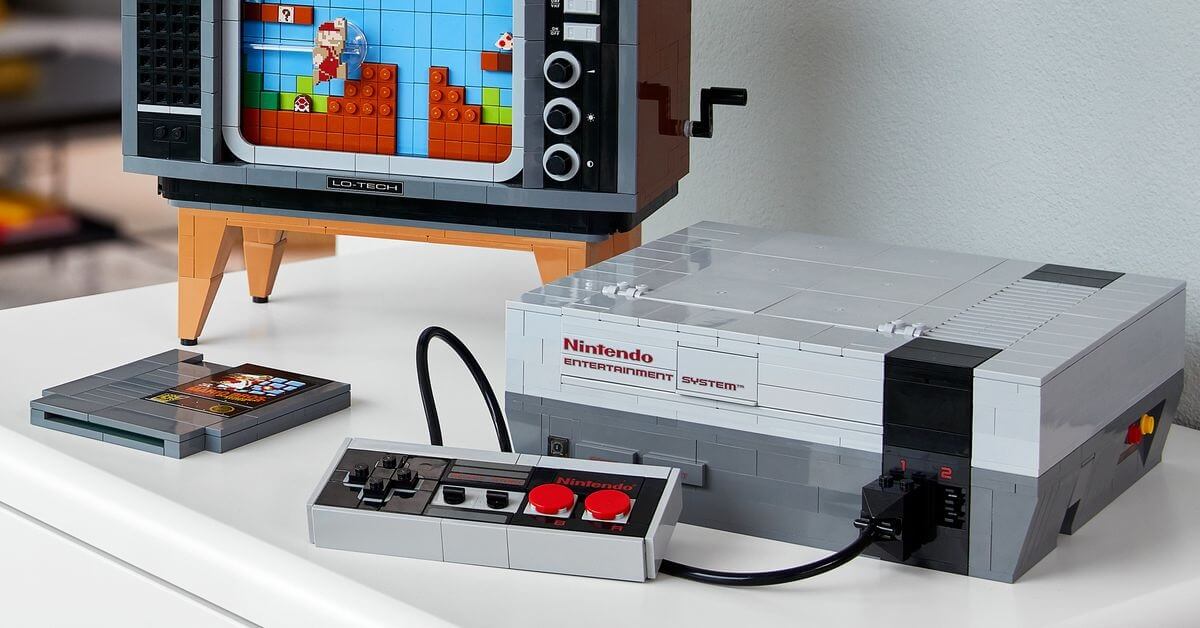 After rampant rumours and speculation towards the end of last week, today saw Nintendo and LEGO announced that the new Nintendo Entertainment Set will cost £209.99 and release this August 1st. The attractive-looking build includes an NES console, CRT television set and a scrolling screen that sits inside the TV that will see you mimic the act of playing the very first Super Mario Bros.

Nintendo and LEGO’s friendly relationship had already spawned the LEGO Super Mario starter pack which also releases soon. However, whereas that set looks more kid-friendly and intentionally designed to be played with, this NES set very much appears to fall into the ‘collector’s item’ category of LEGO. The brick-based NES console even comes with an accurate controller and cartridge, to really sell the nostalgia feels for older players - and you can pre-order it here.

The news was announced in a press release sent out earlier today, followed by a video that showed off the set and featured LEGO’s creative lead Maarton Simons explaining the thinking behind it. He said:

"Many adults still fondly remember that first time they saw Mario leap across the small screen, even if the graphics were a lot simpler than they are today. With the LEGO Nintendo Entertainment System, we’re letting them truly indulge in that nostalgia, recreating one of the most-loved consoles of all time so they can see the Super Mario from their childhoods once again – and even to share the experience of gaming in the 1980s with their own children.”

It's worth noting that the LEGO NES set will remain a LEGO store exclusive for the remainder of 2020 following its release on August 1st, available only via their online store and LEGO retail stores before it becomes available from other major retailers some time in 2021. This indicates that demand for the set will be incredibly high but should be less of a pain to find next year!