The end of the month means it’s almost time to claim some freebies, providing that you’re a member of either Microsoft or Sony’s online subscription service, of course! The latter has once again gone big in terms of June’s PlayStation Plus selection, while Microsoft also has some games as part of Games with Gold. So, er, that’s a thing! As always, be sure to make sure your subscription hasn’t lapsed before trying to dive into this latest bunch.

PlayStation Plus for June 2021

As already mentioned, we’re still in the honeymoon period of PlayStation Plus currently, largely thanks to the PS5 still being relatively new. That’s why we have no less than three heavy-hitters arriving on the service from June 1st onwards – two of which is a day one launch title for both PS4 and PS5. One is none other than Virtua Fighter 5: Ultimate Showdown. Then you have the utterly brilliant Star Wars: Squadrons available across generations, while PS5 owners have a special treat in co-operative spy thriller Operation: Tango (also a Day One launch title).

Here’s a brief breakdown of every PS Plus title arriving in June:

Operation: Tango: Fancy completing a series of dangerous missions across the globe alongside friends? That’s lucky, because that’s the exact experience offering in Operation: Tango, which makes its PlayStation 5 debut. Thanks to the friend pass system, only one person need download the game to play with friends (even those without PS Plus). The basic crux of the game has you solving a series of head-scratching puzzles through communication, all while under the guise of a snazzy spy thriller.

Star Wars: Squadrons: Released only last year, Squadrons absolutely earns its place as being one of the better Star Wars games to release as of late. You play as both a team of rebellion pilots as well as those working for the empire, in a story that takes place between the events of Return of the Jedi and The Force Awakens. The entire flight-based adventure is also playable in PSVR for that that have it, acting as the ultimate way to transport you to this galaxy far, far away.

Virtua Fighter 5: Ultimate Showdown: This latest instalment into Sega’s iconic fighting series launches straight into PS Plus from June 1st onwards, featuring a roster of different modes that will have you duking it out online or in the single-player against AI. This is a totally remastered and rebuilt version of the 2006 arcade classic, coming packed with improved modes and new online interconnectivity. The king of arcade fighting games has returned.

The Games with Gold selection for June runs the gamut from super-powered fighting games all the way up to artistic platform adventures. If we’re being totally honest there’s not too much here primed to set the world on fire, but it’s all worth nabbing seeing as these cross-generational Xbox titles are then yours to keep forever. June 1st is when Xbox Live Gold subscribers can grab The Kings Bird (Xbox One) and NeoGeo Battle Coliseum (Xbox 360), before jumping back to the store two weeks later on June 16th to add Shadow’s Awakening (Xbox One) and Injustice: Gods Among Us (box 360) to their digital games library.

Here’s a brief breakdown of every Games with Gold title arriving in June:

The King’s Bird: Centred heavily around physics-based movement and platforming, this artistic 2D adventure will test your ability to jump precisely from platform to platfrom. Set in a world where you play a hero in search of truth about your freedom, it’s a painterly adventure that looks like few other puzzle-platformers on Xbox. Look forward to it on June 1st when it arrives on Games with Gold.

Shadows: Awakening: You take control of a demon transported from the shadow realm in this isometric single-player RPG highlight inspired by other fantasy epics. Consuming the souls of dead heroes involves mastering the real-time tactical combat, powering up your party of heroes to either threat or save the world from disaster. It’s your Xbox One title (forwards compatible) for June 16th.

NeoGeo Battle Coliseum: This 2-on-2 fighting game features a slew of characters pulled from different SNK and ADK classics. First released on PS4 before eventually arriving on the original Xbox a few years later, it’s a more colourful take that introduced a unique tag system where you take on teams of two rising up through the ranks. Master over 40 powerful characters when NeoGeo Battle Coliseum hits Games with Gold on June 1st.

Injustice: Gods Among Us: This elseworld story follows a tormented Superman who falls to the dark side after The Joker kills his one and only love: Lois Lane. This leads other heroes like Batman, Wonder Woman and Green Lantern to do battle in this alternate version of the DC universe. Made by the same folks behind Mortal Kombat, this fighting game packs a big bunch and offers plenty of super moves to wield as part of a wholly cinematic narrative. Play it on June 16th as your second Xbox 360 title.

Get the best Games with Gold subscription price below: 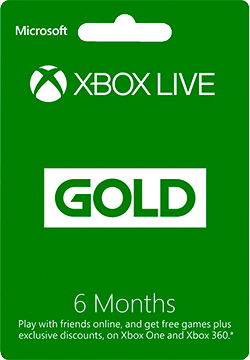 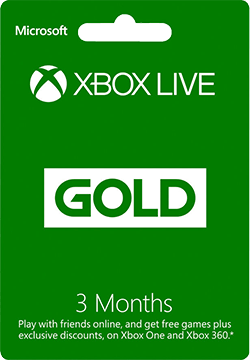