When it was revealed back in June, people were quick to critique the proposed new gaming platform Google presented with Stadia. Could a service entirely powered and informed by the cloud support lag-free gameplay, do away with game downloads outright, and remove the financial barriers that comes with buying games? For the most part, yes, but as was revealed yesterday, the number of titles available to play on at launch might leave some players with a lot to be desired.

In this blog we’ll re-evaluate what was said during Google’s initial Stadia Connect stream, comparing what games were promised, why they may no longer be viable for Stadia on day one and whether or not Stadia still represents a good deal. The entire service officially launches on 19th November, where anyone who has pre-ordered Stadia’s Founder Pack can jump in. Here’s all you need to know about what you’ll be playing.

As far as launch line-ups go, you could do a lot worse than 12 games. Neither PS4 or Xbox One released with that many, but the advantage these consoles arguably had over Google Stadia is that most were new releases. The likes of Killzone: Shadowfall and Ryse: Son of Rome, for example, simply couldn’t be played anywhere else, whereas Google Stadia’s entire games list are each available elsewhere; many have even been out for as long as a year.

Here’s the official list of 12 titles coming to Google Stadia on day one:

The eagle-eyed amongst you will have noticed that precisely one quarter of this line-up is made up solely of Tomb Raider games, the last of which released in September 2018. Just Dance 2020 is the most recent game released to be featured for Stadia, but there’s an argument to say that this isn’t the ideal game to play with a controller. The biggest boon, we’d suggest, is Red Dead Redemption 2, which only just recently made its way to PC after a year’s exclusivity on console. 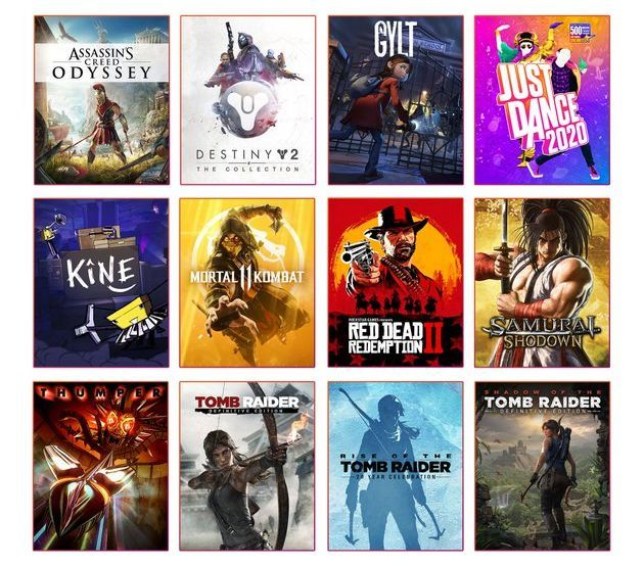 What launch games were originally suggested for Stadia?

The truth about Google Stadia’s launch line-up is that only very few games were initially locked down. Assassin’s Creed Odyssey was always a dead certainty, given that this was the Ubisoft game used to test the Stadia tech as far back as 2018, but not many others were confirmed. Games made available for purchase in June of this year included the likes of Wolfenstein: Youngblood, Power Rangers: Battle for the Grid, Final Fantasy XV and Metro Exodus.

Now, obviously, yesterday’s reveal doesn’t mean that these games (and many others) won’t eventually come to Stadia at some point, but it is strange that some of these are lacking given that they too have been out on PS4, Xbox One and PC for several months. After all, Stadia enthusiasts who have already purchased these games are owed the ability to play them. 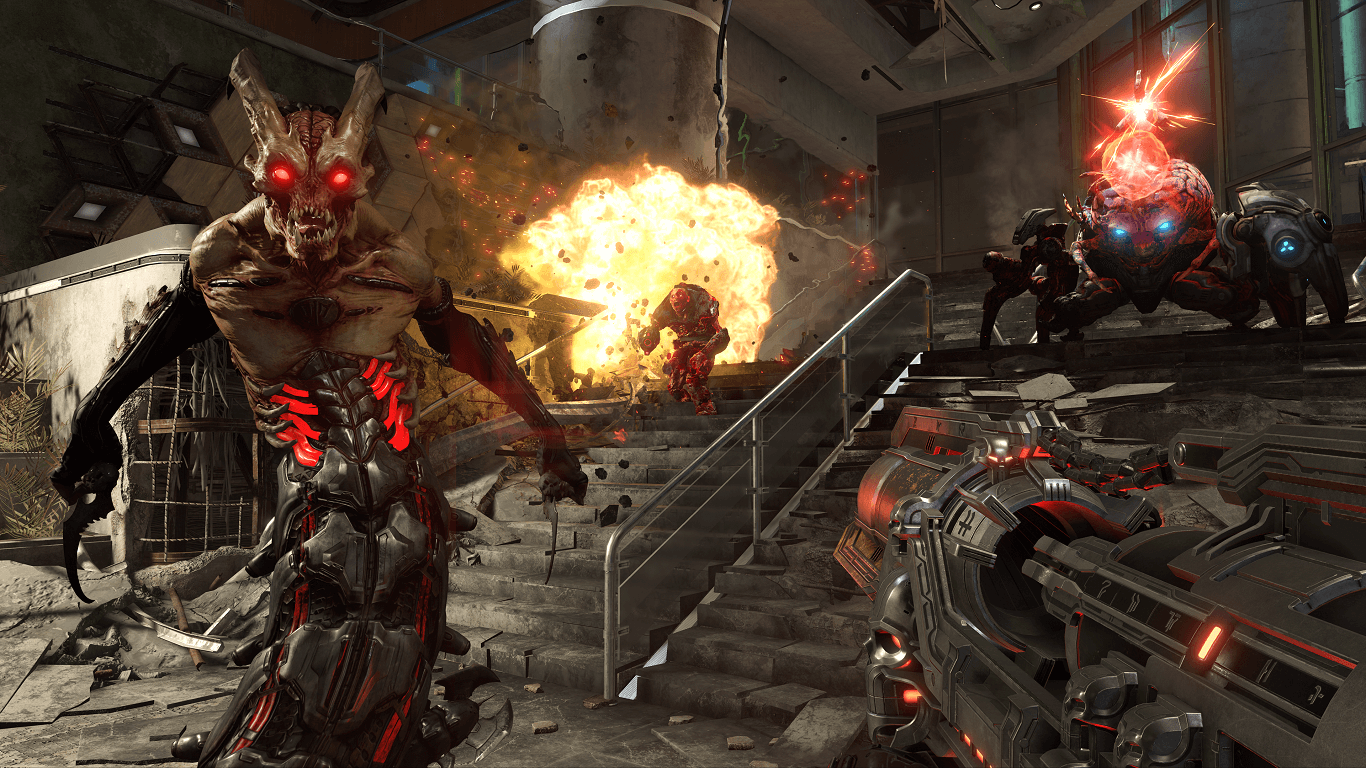 One of Stadia’s showcase releases that Google kept placing front and centre was Doom Eternal, the long-awaited follow-up to the great 2016 reboot. Unfortunately, this game was delayed in its entirety by publisher Bethesda. Doom Eternal will now release in February of next year instead of November. In this case there’s not a lot you can say about Stadia lacking it at launch. It’s just a little awkward that one of the games used to push Stadia so harshly is now no longer viable.

While Stadia’s initial launch line-up likely won’t blow anybody’s skirt up, the fact of the matter is that any of these games would easily cost you upwards of £20 if bought individually. A Stadia Pro subscription only costs you £8.99 per month (free next year) for the privilege of playing your games without the need for a console on a whole range of smart devices.

Whether that’s enough to tip you over the edge is another matter, because bear in mind that you still need to buy these games individually. Google Stadia’s value proposition is entirely subjective. That £8.99 monthly fee’s main perk includes the ability to play your games at 4K resolution with 5.1 surround sound on any compatible device. The launch-day line-up currently screams that this is a service still in its early access stage.