This Friday will see three more PS4 exclusives make their way into the library of PlayStation Hits titles, lowering their standard price to just £15.99 permanently at all retailers. The three new games in question are none other than God of War, Uncharted: The Lost Legacy, Gran Turismo Sport – all three of which being some of the most revered PS4 titles on the console.

The biggest surprise addition is without question last year’s recent reboot of the God of War franchise, which hoovered up a swathe of the Game of the Year awards. If you need further proof that Kratos’ latest outing is an absolute banger, it’s current rating on Metacritic stands at an impressive 94. It’s simple one of the best PS4 games you can buy, and from Oct 4th (Friday) onwards you’ll be able to pick it up for just £15.99. 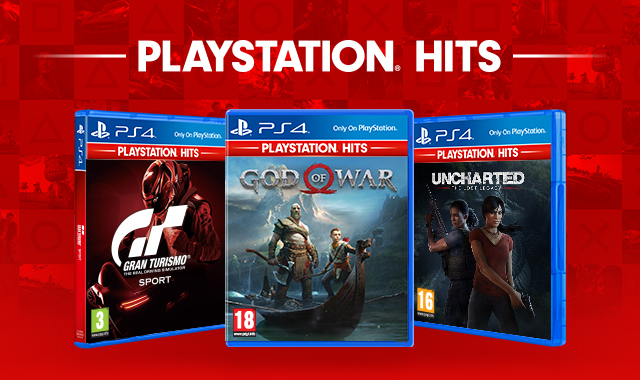 Uncharted: The Lost Legacy is also the most recent entry into its respective series, working as a spin-off title that sees fan-favourite characters Chloe Frazer and Nadine Ross team up for one final adventure into this universe. It may be more bite-sized than any mainline Uncharted game, but it still boasts its fair share of epic action set pieces and charming character moments. Gran Turismo Sport, meanwhile, will satisfy petrolheads wanting to get behind the wheel of the latest cars.

Previous games to join the PlayStation Hits library include other great PS4 releases like Horizon: Zero Dawn, Doom and InFamous: Second Son. The one thing you’re always guaranteed when dipping into this ever-growing library is amazing value, so it’s nice to see PlayStation support the initiative as we edge closer to the release of PS5. If you need something to play these on, check out our PS4 bundles.

Here’s the current lowest price for all three new games coming to PlayStation Hits. But, for obvious reasons, check back here Friday to gran them at their new price: