Being a child of the 90s meant that I grew up watching Power Rangers, watching those super-powered “teenagers with attitude” kick monster butt every week while piloting their towering titan-like mechs. Few games came as close to replicating this experience for me than 2018’s Override: Mech City Brawl, which succeeded in some regards but didn’t quite turn out to be much more than just a schlocky brawler inspired heavily by Japanese mech fiction. Well, this colourful mech-fighting franchise has returned in the form of Override 2:Super Mech League, and despite mostly being more of the same, it still manages to be a great party fighter to play with friends.

For this sequel Override 2 has definitely gone with the ‘bigger is better’ route, upping the previous game’s roster of 12 pilotable mechs to an impressive 20 – with an additional four if you pick up the deluxe edition. Still fun is just how much developer Modus Games isn’t afraid to ape some of the most famous designs from the mech world, with Watchbot still very much looking and playing like an Optimus Prime rip-off and Metageckon being a dead ringer for the green ranger’s Dragonzord in a lot of respects.

In this way Override 2 serves as the perfect battleground with which to wreck shop using mech’s that closely resemble those rom your wildest childhood fantasies, though this time around there is an attempt to add a degree of authenticity to it all. Ultraman being included as a playable mech here is evidence enough of this, as while the iconic superhero character from the 60s is reserved for DLC, seeing him duke it out alongside other shiny robots using his trademark moves is a cool sight to see. Override 2 doesn’t intend to pride itself on being the tightest, most robust fighting game out there, and is much better enjoyed when you treat it like a virtual playset full of action figures.

That’s not to say that the combat isn’t satisfying, though. Far from it. The conjunctive, melee-based combat from the first game yet again returns here, with the left-side triggers on your gamepad controlling your left arm and leg (acting as light attacks) while the right-side triggers allow you to land harsher blows using your mech’s right arm and leg. Such a setup works well and makes for city-scale scuffles that can only be best described as crunchy. The 20 characters handle differently enough that it’ll be a while before you get bored, and all boast special abilities unique to just them whenever two triggers are pulled simultaneously. Finding out what each mech’s ultimate can do is always fun. 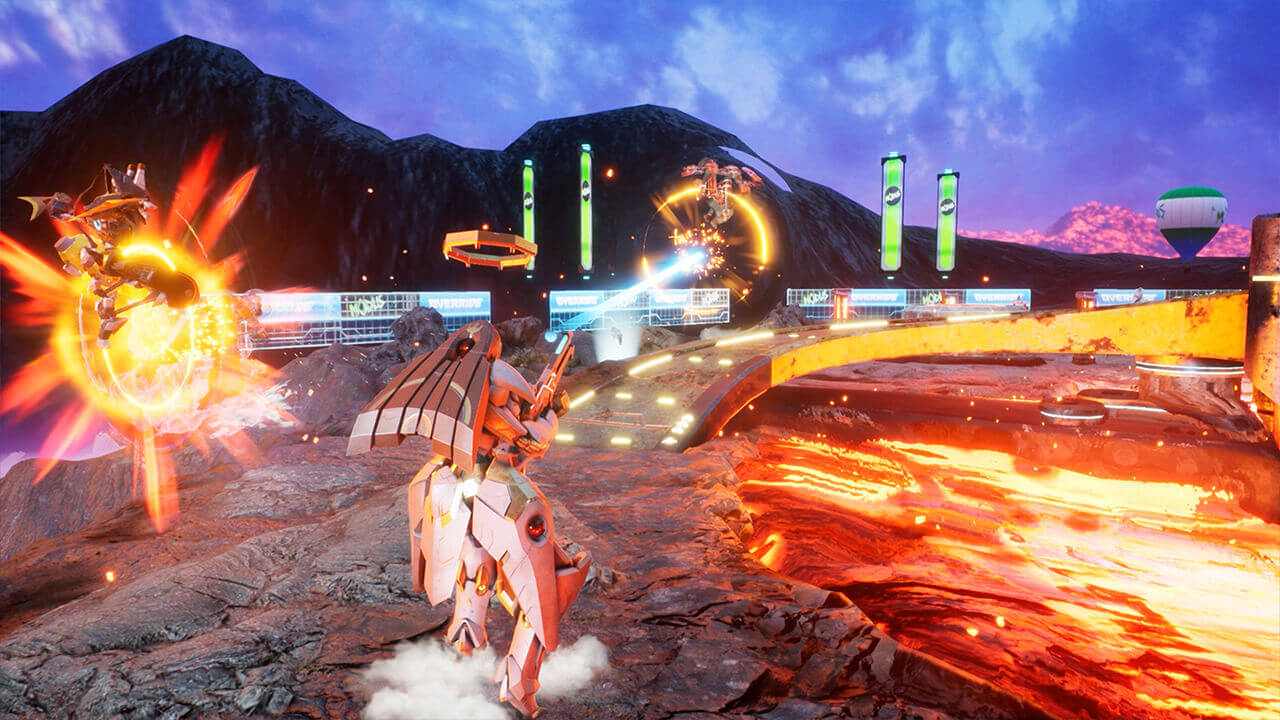 Other manoeuvres like dashing, throwing, jumping and utilising any of the many different weapon pick-ups around helps the combat in Override 2 to stay fresh. Admittedly, the action can be a little tough to discern in free for all battles when there are four different hulking robots stomping, but you can always engage a lock-on using R3 to keep eyes on just one target. Playing against the CPU in the various league types act as a nice primer for going head to head with other players online; just bear in mind that fights typically lean on the easier side early on in the ranks.

Speaking of leagues, Override 2 makes some pretty substantial changes when it comes to the single-player campaign – there technically isn’t one. Whereas the first game told an appropriately hokey series of missions about aliens invading Earth and the mech-piloting humans needed to fight them, here it’s been completely gutted in favour of the league system. It’s essentially a series of different match types you run through – either online or locally against bots – where you fight your way to the top of the in-universe leaderboard. There’s some slight context given to your actions by way of expositional text dumps, but it’s a shame that there really is no semblance of story at all here. 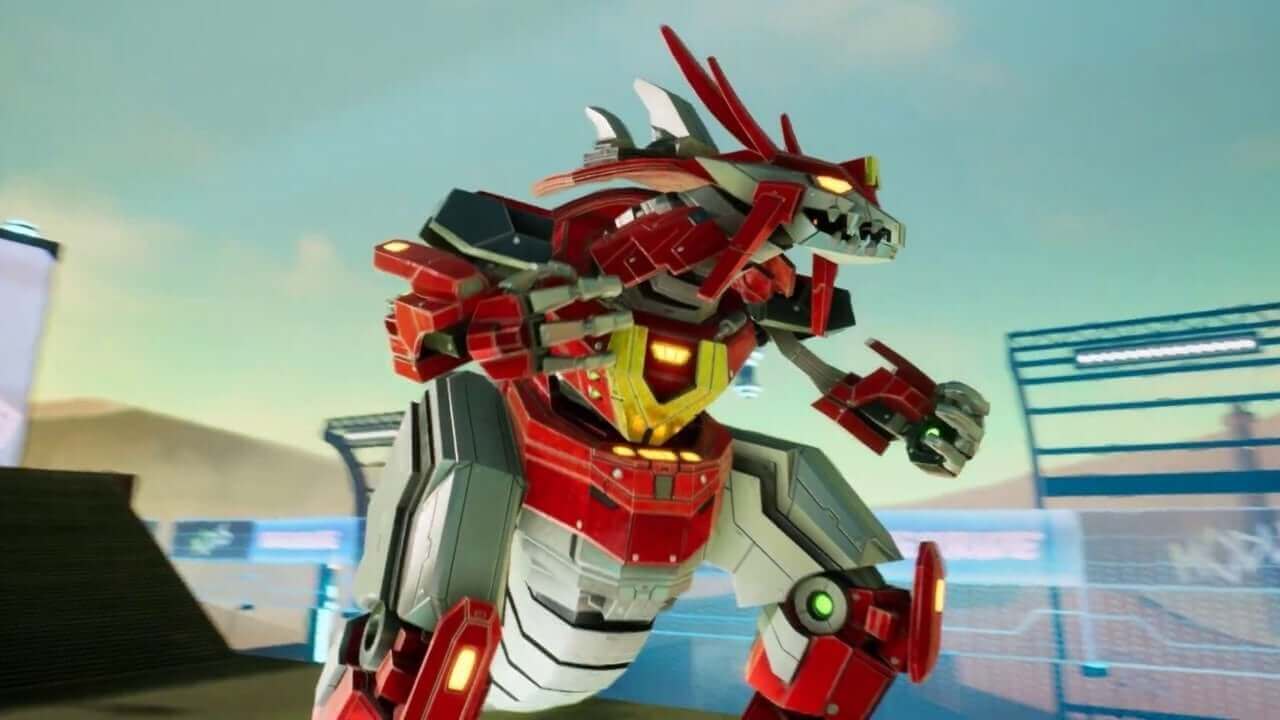 Where this new approach does succeed, however, is in encouraging more personalisation. Early on in the League mode you only have access to 5 basic mechs, but eventually you earn enough currency to purchase your own and earn the status of Pro. Doing this grants you with the ability to visit the Garage area and set your own avatar and icon, letting you stand out a bit more when competing in online battles. You also can personalise any purchased mech with a small selection of accessories. There’s a whole lot to choose from, but it meant I could equip my Ultraman with a flying UFO hat and a yellow bow tie.

Override 2: Super Mech League is another great instalment into Modus Games’ schlocky mech-battling throwback, being a fighter that’s best played in a relaxed setting with friends either online or locally. The lack of traditional story mode and limited accessory options for characters is disappointing, but there’s still a lot of joy to be found in rocket-punching a giant metal goldfish into a four-storey building. If you’ve ever wanted to “cancel the apocalypse” Pacific-Rim style look no further.

Override 2: Super Mech League is an ideal platform to see bots bash each other around for an hour or two, featuring a diverse character roster and plenty of interesting super moves to discover. It will only have limited appeal for solo players, but friends will have a good time.

Override 2: Super Mech League is out now on Xbox, PlayStation and Switch.

Get the best Override 2 price below: