It’s wouldn’t be hyperbolic to say that, even over a decade since the series debuted, there’s still no other first-person shooter that plays quite like Borderlands. An anarchic mix of Mad Max’s ravaged world and Diablo’s addicting loot-driven gameplay, it’s the prime example of what a ‘looter-shooter’ can achieve when it doesn’t take itself too seriously and purely focusses on offering players a rollicking good time. That’s why the news that the first three games in the series would be coming to Nintendo Switch (at long last) was incredibly exciting.

Having now spent a bit of time with all of the games included in this collection, we’re pleased to report that it’s a great way to play Borderlands – whether you’re a total newcomer or a franchise veteran wanting to experience these stories again. There might be a slight flaw if you fall into the latter camp, but it’s still not enough to dampen just how enjoyable looting and shooting across the universe alongside friends feels to play.

First up, let’s start with the first game. The original Borderlands is definitely showing its age a bit visually, and even though the version you download to your Nintendo Switch is dubbed the ‘Game of the Year Edition’, it’s worth noting that it features none of the HDR or 4K improvements seen in the PS4 and Xbox One re-release from last year. Luckily, it still looks and plays great even without them. And if you can forgive the overabundance of brown and beige colours that were all the rage in shooters circa 2009, you’ll have a blast with the story either solo or with friends.

The Nintendo Switch is a deceptively powerful machine, so it’s nice to see that hardly any noticeable visual compromises whatsoever have been made in any of the three games featured. The original Borderlands title is the best example of this. After all, you’d expect a 10-year-old game to run well on a console released two generations after its original platform, and as such there’s risk of frequent no screen-tearing or framerate dips. Unlike other Switch ports like, say, The Witcher 3: Wild Hunt or the upcoming The Outer Worlds that must adapt modern game visuals to a less powerful console, Borderlands is old enough to not struggle performance-wise – and its iconic cell-shaded art style ensures its still a looker.

This is especially true for both Borderlands 2 and Borderlands: The Pre-Sequel that also feature in the Legendary Collection, which are both far more ambitious in the visual department. Though not quite as dazzling as more realistic-looking FPS games or even Borderlands 3, both titles still look gorgeous on the Nintendo Switch game and make some appreciated mechanical improvements to the established Borderlands formula. The emphasis on an actual story and antagonist to help flesh out this universe is undoubtedly the biggest, with Handsome Jack alone giving your desire to take down the in-game corporations more meaning. He’s considered one of gaming’s best villains for a reason. 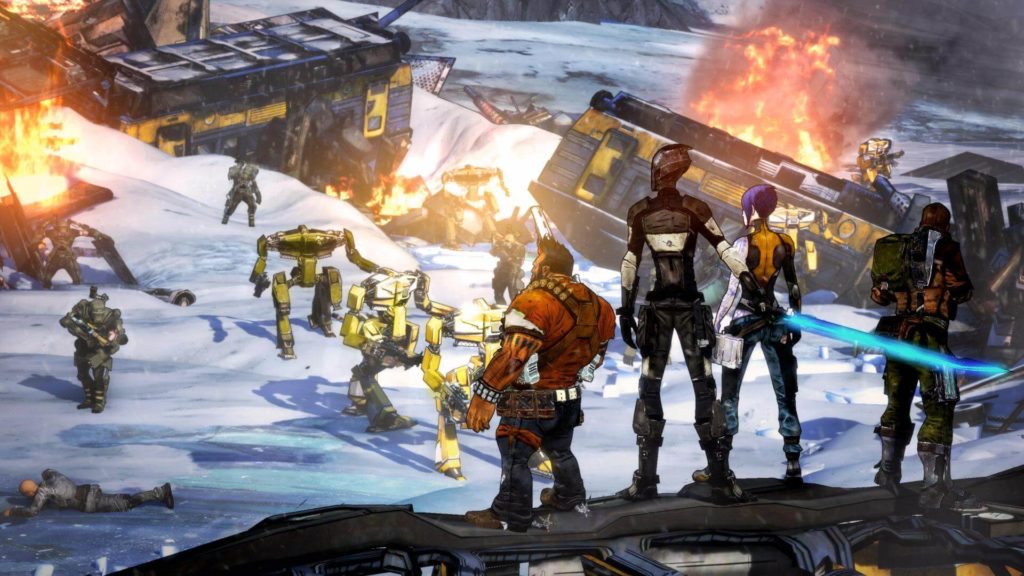 We’d actually recommend jumping into Borderlands 2 or Borderlands: The Pre-Sequel first, if only to get a taste of what the series was capable of at its height of popularity. The vault hunter rosters of each are much improved compared to those featured in the original Borderlands, all playing differently while boasting unique special abilities and skill trees that make them an asset to any four-man team. Zero and Gaige are our personal favourites from Borderlands 2 (the latter of which originally arrived later as DLC) and Wilhelm and the Handsome Jack clone are our preferred choices for Borderlands: The Pre-Sequel.

Building up your vault hunter class makes up for a lot of what Borderlands is than you might think, with every character offering a great deal of flexibility by way of three distinct skill trees. The route you choose will directly affect how your weapons and powers function during skirmishes, but thankfully all three games let you redistribute points once you reach a certain point in the story. It’s easy to tailor each vault hunter to your preferred style of play.

In terms of features that are specific to this Nintendo Switch version, every title boasts gyroscopic controls that has rightly become the norm for first-person shooters on the platform. All you need do is pop to the menu in the relevant game and switch motion controls on. From here you’re able to adjust the sensitivity of the X and Y axis to your ideal amount via a simple slider. This playstyle won’t be to everyone’s tastes, but we found using the analogue sticks to aim at enemies before tilting the Switch in handheld to line up the final shot incredibly natural. 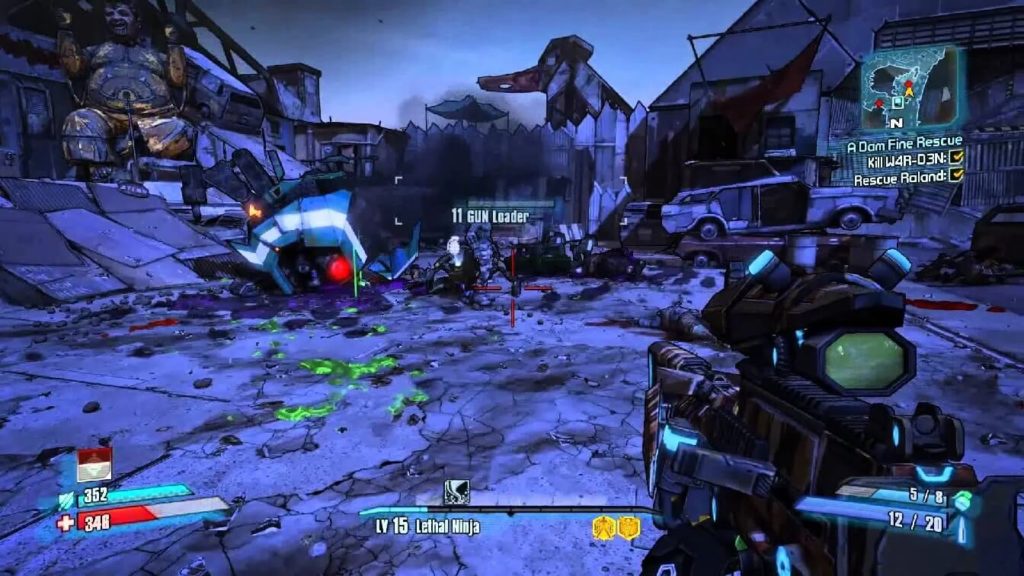 However, there is one area in which Borderlands Legendary Collection did let us down slightly. You see, before when Borderlands 2 and The Pre-Sequel came to PS4 and Xbox One via 2015’s The Handsome Collection, 2K were very forward-thinking in that they made it possible to transfer you existing save data over to the enhanced version. No such feature is here for this Nintendo Switch release, though, which means that if you’re a Borderlands veteran that was hoping to continue on with your character on the go there’s no such luck. It’s strange considering this is probably something 2K could do using people’s existing 2K accounts. But that’s not to say this feature won’t arrive in the future. Switcher 3, for example, features a similar functionality with PC.

Over, Borderlands Legendary Collection represents incredible value as far as packages on the Nintendo Switch go, supporting full 2-player co-op locally and 4-player co-op across the internet. The gyroscopic controls are an appreciated addition, and all three games run relatively smoothly and look great on the Nintendo Switch’s screen. Shooters rarely get as inventive as Borderlands, so it’s nice to see the that the series’ debut on a Nintendo system is far from a botch job. Pulling the trigger on a near endless number of procedurally generated guns has never felt better.

The best price for Borderlands Legendary Collection on Nintendo Switch: