We’re so used to our video game protagonists being near perfect people, it’s nice to have something a little different come along to prove that this isn’t always the case. In Adios, the new first-person narrative game from the folks over at Mischief, for example, the character you play as hates himself so much that when stepping into his bathroom there’s no mirror on the wall, indicating that even he can no longer stand the sight of himself. It’s because of little details like this you’ll forgive Adios for all its technical flaws and budgetary restraints, instead remaining eager to learn more about this person and their ambition to make up for past sins.

Even by the genre’s usual standards calling Adios a “Walking Simulator” is a bit of a stretch. Because while you do indeed engage in conversations from a first-person view, complete simple tasks and move around a believable environment at your own pace, here there’s no puzzles to solve or challenges to overcome. Instead the story, and more specifically the dialogue between two characters, is placed front and centre. You play as a lowly pig farmer who deci des he no longer wants to dispose of bodies for the mob. This forms the basis for an in-depth discussion between yourself and a hitman – otherwise known as one of your closest confidants.

After being introduced to this basic setup, it’s a simple case of watching this tension between the pair stretch out over the course of an hour or so. By taking a tour of the farm and selecting specific dialogue choices you come to learn more about the two’s relationship with one other, the pig farmer’s reason for wanting to quit, and how both these factors are potentially intertwined. It’s a genuinely unique method storytelling, at times even leading you to question why it had to be told within the framework of a game at all. However, you definitely feel the weight of the situation by witnessing this dialogue directly through the pig farmer’s eyes. 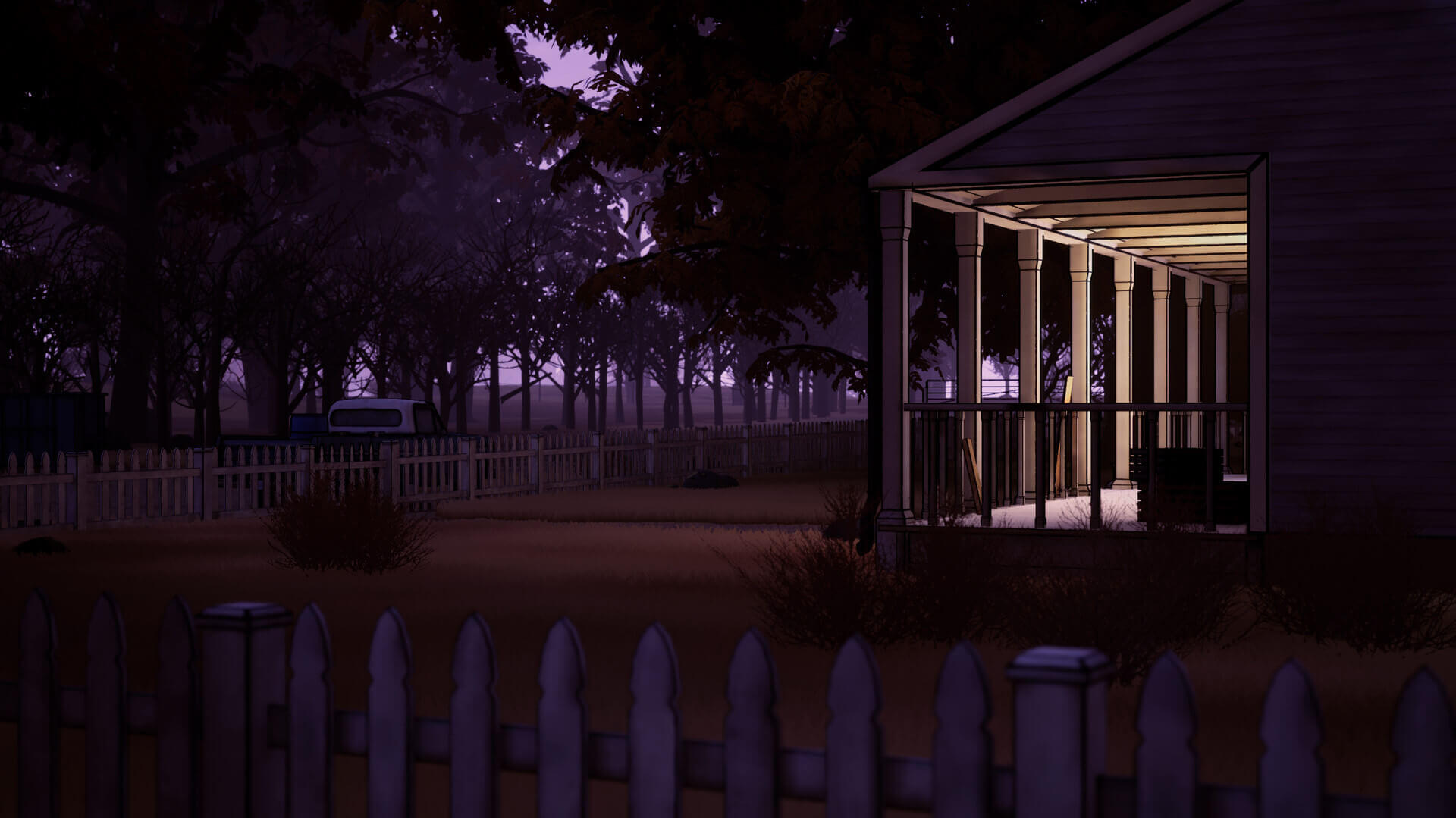 Adios wouldn’t keep you hooked without the amazing performances of its two lead characters. Rick Zieff, as the pig farmer looking for a way out of this muddy life, is appropriately gruff and knows exactly when to read lines in a more sombre tone, helping you empathise with his plight. Then D.C Douglas gives a great performance as the calm, cool and collected hitman trying to reason with his life-long friend, doing his best to avoid trouble and keep him within the game. There are a few other voices that pop up here and there, but the constant back and forth between the pig farmer and hitman showcase the game’s stellar writing best. You might not have to touch your Xbox gamepad much during the game’s brief runtime, but with voicework like this it’s hard not to stay gripped.

This isn’t your traditional walking simulator, as already mentioned, yet it still does a good job at setting you with an interesting environment worth exploring. Thankfully, you’re afforded plenty of opportunity to do this (especially towards the end), as the pig farmer and the hitman complete a typical day’s worth of chores and tasks while trying to talk each other out of their mindsets. You’ll milk goats, feed your horse and go fishing, all as you engage in several philosophical debates about some of life’s loftiest topics, such as is there a heaven or hell? It may seem bold for a quaint indie game to tackle themes like this, but Adios does well to lend two well thought-out perspectives on most of them.

While the pig farmer is very much a pre-established character, there are a couple of moments in the conversation that you’ll be able to select your most preferred response. Unfortunately, though, most are pretty uninspired and almost always lead to the same outcome. More often than not, a basic yes or no response always leads to identical lines being uttered, though Adios does get a little more experimental with its dialogue system in its latter half. Washed out responses you’re able to read but not fully select give you an insight into the farmer’s true thoughts, being a nice way to add an extra dimension to his mindset. I just wish there were similar flickers of creativity elsewhere. 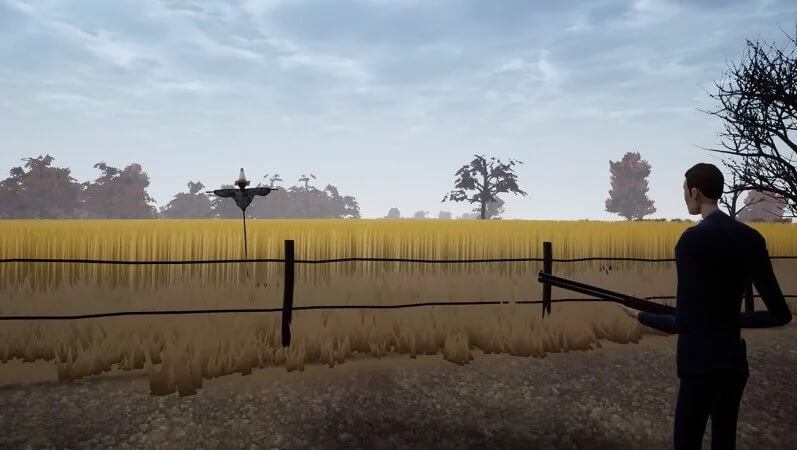 In terms of the visuals, Adios does nothing to hide its nature as being an indie title with clear budget limitations. This is indeed a fully realised 3D adventure played out from a first-person view, though frequent frame rate stutters are an all-too common occurrence as is environmental pop-in. Such graphic drawbacks aren’t an issue, for the most part, yet the drama of the story’s climax does find itself undercut a little due to some schlocky animations. However, this in no way diminishes the powerful ending.

Overall, I can safely say that I’ve never played anything like Adios. The technical limitations might see the story buckle slightly under the weight of its own narrative ambition, but luckily the dialogue and general realisation of these two complex characters makes the hour-long playthrough worth it. It very much feels like a piece of performance art captured in a game: Taking the traditional staples one would expect from a modern walking simulator and not being afraid to experiment with them.

3/5
Adios will feel familiar to those who enjoy a good walking simulator, though never before has a game of this ilk placed so much emphasis on dialogue. It's a story of regret, reflection and wising up, featuring stellar performances and a central discussion that shouldn't fail to keep you hooked.


Get the best price on Xbox digital currency now: