The FIFA series has been a video game mainstay for a while now, having been released by EA annually each year for as long as there has existed consoles to put it on, it would seem. FIFA 19 is the latest incarnation and has continued to sell gangbusters with its revitalised Journey career mode; improved gameplay physics; but perhaps most importantly, its doubling down of Ultimate Team.

All this appears to indicate that the trademark soccer sim has never proven more popular, when in fact the modern medium of internet search traffic statistics paints a much different picture. EA itself may refuse to release lifetime sales numbers, but that won’t stop the likes of us here at Console Deals using other methods to check the current standing of FIFA in the hearts of fans.

You see, any time someone searches for anything in Google this input is recorded and retained for future reference. Most is made freely accessible for absolutely anyone and data kept in this way can tell us a lot about current trends and the things that are popular right now. As the graph below illustrates, the popularity of FIFA looks to be waning in the long-term:

Pictured above is a colour-coded line graph depicting the general frequency of how often every game from FIFA 15 onwards has been searched for. There are peaks and troughs for each entry as you’d expect, but nobody can deny that these high-points are getting lower over time (with the exception of FIFA 17) and illustrates a steady decline. Google categorises this trend simply as “interest over time”, but if you thought this was a tendency exclusive to the UK, think again, as the worldwide graph also indicates a gradual downwards spiral:

The Entertainment Retailers Association revealed as part of their annual report back in January that FIFA 19 sold 2.5 million copies in the UK alone, making it the biggest selling video game of the year – even above Red Dead Redemption 2. However, this was down on FIFA 18’s sales of 2.7 million in the same timeframe. Google’s Interest Over Time statistics only back up these findings, all but confirming that the FIFA series, while still the biggest hitter, is one in danger of falling in popularity the more as time goes on.

So what can one glean from this data and these numbers, and what can it tell us about where EA might take the series going forward? It’s no secret that most players hate having to fork out £40 each year for what ostensibly feels like the same game. Combine this with the questionable inclusion of the microtransaction-drive Ultimate Team – where people pay to receive randomly generated player cards for use in online and offline play modes – and it’s clear that FIFA is in a tough position.

With that in mind, we thought we’d take our best educated guess at what FIFA could do to get out of this slump, restoring itself as the nation’s all-time favourite football game. 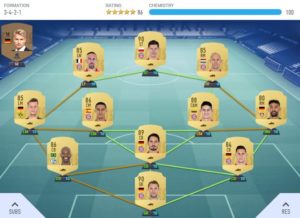 Ultimate Team proves to be a constant stickling point for FIFA fans, largely due to the amount of money one needs to invest in order to make it worthwhile. It works like this: you pay money to pull character packs containing football players, only the better the football player (a Christiano Ronaldo, say) the less likelihood it is they’ll appear. Everyone gets an Ultimate Team Starter Pack when they first start out online, containing enough footballers to fill out a starting team of eleven. However, from here any others you pull is at the complete mercy of FIFA’s randomly generated algorithm.

This means you can spend the entire calendar year paying and trading your way to quite literally the ultimate team, only for it to be rendered utterly pointless a short time later as the launch of the next FIFA looms. That’s right, Ultimate Team progress doesn’t transfer over every year. It instead is left stranded on the current version and that version alone, largely rendered worthless the day that the latest FIFA release hits the store shelves.

An easy way to earn back good faith would be to make this Ultimate Team progress easily transferrable, but it’s far too much of a cash cow for EA that it’s hard to see this actually happening. This very shady process is precisely how FIFA still generates unprecedented amounts of revenues despite the year-over-year gradual decline in gam sales, This makes it the player’s responsibility to stop feeding into this algorithmic machine if they wish to see change, letting EA know they’re not cool with it by voting with their wallet.

2. Relaunch the FIFA series as a platform instead of releasing it annually 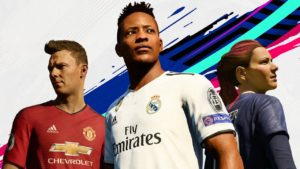 Releasing a new version of FIFA made a lot of sense in the early days of internet-free consoles. As time has gone on, however, the “always-on” nature of PS4 and Xbox One has made it relatively easy for updates to be rolled out over time. This has led many to wonder why EA doesn’t just update the teams, kits and players every 6 or 12 months, but the answer again all comes back to money. Why make FIFA a platform rather than an annual release, when fans appear happy to pay £40 every year?

This could be resolved with having players pay a yearly subscription fee, though. Making FIFA not just a once-a-year event but a living platform like, say, a Netflix or Amazon Prime. This would also give people additional incentive to keep coming back on regular basis, knowing that they’re paying for a service they won’t get the full value of unless they keep checking in. The current annual price of a FIFA game would work out as roughly £3.50 a month – more than reasonable for an ever-evolving football experience that’s kept up to date.

3. Go back to the series' roots

FIFA was notable as one of the first major gaming franchises to truly realise and embrace the possibilities of online play, first in a basic form, and nowadays with the Ultimate Team behemoth that we mentioned above. However, one of the major gripes that many veteran players have with the series is the lack of TLC that the traditional single player modes have received in recent years.

Aspects such as career mode may not be the cash cows for EA that Ultimate Team is, but they played a huge part in making FIFA the gaming juggernaut it is today, long before online play was a feature. A renewed focus, or at least a bit more attention given to these offline modes would help bring some former players back into the fold.