The European Championship might now be done and dusted, but that hasn’t stopped EA from continuing the football action by unveiling what it has in store for this year’s FIFA entry. The first thing to mention is that FIFA 22 will once again feature French player Kylian Mbappe grace the cover, subtly signifying how players can look forward to more of the modes, systems, and mechanics they love, but with plenty of new aspects to get excited about. 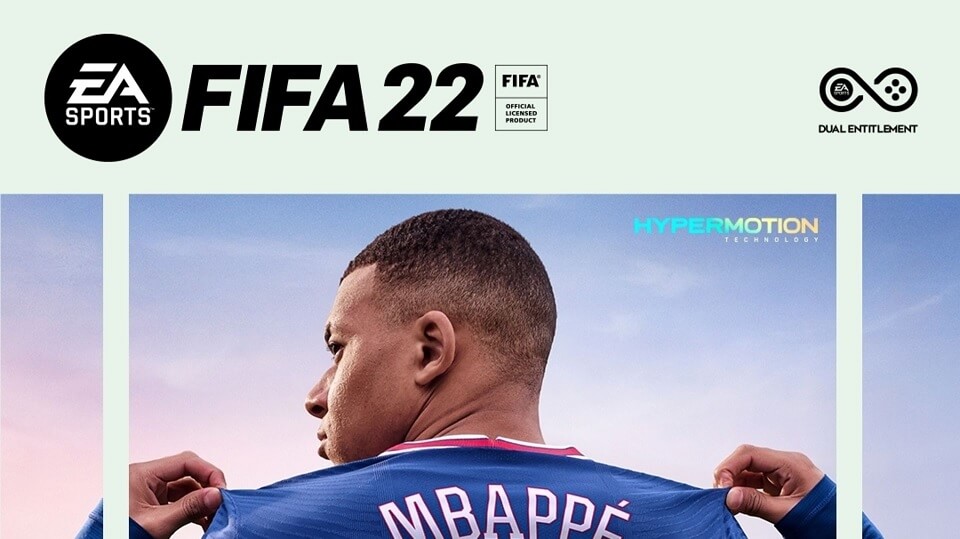 In this blog we’ll be breaking down all the major details that we know about FIFA 22 so far, continuing to update it in the lead up to its worldwide release later this year. Let’s take a look…

Football fans will want to mark their calendars for 1st October, 2021, as that’s when FIFA 22 is set to release on PS4, PS5 and Xbox consoles. A “Legacy” version will also be released on Nintendo Switch as is typically the case, meaning that no-one needs to miss out on the fun. Of course, this also means that FIFA 22 will launch in the midst of the Premier League. Expect the hype for EA’s latest to be strong.

EA has only unveiled two FIFA 22 editions so far. This is in stark contrast to previous years where there seems to be at least three, but it looks like the benefits usually seen in the middle “championship” edition have been consolidated in the Ultimate edition. Here’s a break down of all the differences between FIFA 22 Ultimate Edition and FIFA 22 Standard Edition.

To go along with the FIFA 22’s official announcement, EA released a trailer that served to showcase some of the game’s big new exciting features (as well as its cover star). You can view the trailer below to witness what the first FIFA game built entirely from the ground up for PlayStation 5 and Xbox Series X consoles will look like:

Want to know what the best pre-order price for FIFA 22 is on each platform? You’ll find that broken down by retailer and listed here:

FIFA 22 is about as feature complete a football game can get, packing in various fan-favourite modes and some new additions that will keep players interested and playing for longer. Whether you want to risk up through the league as part of the career mode, build your fantasy squad in Ultimate Team or take the action to the streets in Volta football, FIFA 22 has it all. Here’s a list of all the confirmed modes set to make an appearance.

FIFA 22 has a range of new features and mechanics primed to make the beautiful game play out more realistically than ever before. Leading the pack this year is what’s known as ‘HyperMotion Technology’, which uses real-human movement data performed by genuine professional footballers to have teams in FIFA 22 feel much more genuine than ever.

With new HyperMotion Technology, welcome to a revolution in
football gameplay. 🎮⚽

This merely scratches the surface of FIFA 22’s new features. Here’s a more in-depth break down:

HyperMotion Technology:  FIFA 22’s new lead feature captures the authentic motion of players using Xsens suites, which records every tackle, tough and sprint to faithfully replicate the high intensity play seen in footballs in game. The real-human data gained from the FIFA 22 HyperMotion Technology aims to deliver all the small movements and flourishes seen in most professional football players. This should give matches an extra level of depth and dynamism not seen in FIFA ever before.

Create a Club:  In quite a massive overhaul to the FIFA career mode offering, players will be able to put their own team together in what’s called Create a Club. Not much else is known about how this will work exactly, aside from the fact that you’ll be able to put your club in any division across the globe after it’s been created.

Ultimate Team Heroes:  Ultimate Team has become the most lucrative aspect of FIFA for EA, regularly earning the company thousands of pounds each month from players who like to draw cards and create their dream football team to take online. Well, FIFA 22 hopes to add a new dynamic to this set up through the addition of Ultimate Team Heroes, which covers some of football’s most legendary players. Those revealed so far include Tim Cahill, Mario Gomez and Robbie Keane, but expect to see more.

Tactical A.I:  EA is always seeking new ways to challenge players who step out onto the pitch. This year, for FIFA 22, that means investing more into new strategies of tactical A. I, which thrive off of deeper player intelligence. A feat only possible on next-gen consoles like PS5 and Xbox Series X. The A.I will read your movements with much more accuracy, creating a new level of opposition realism to have teams act as a proper tactical unit.