As one of the most popular and revered video game sports franchises around, players are no doubt highly anticipating this month’s release of FIFA 20. For some, however, its launch on PS4, Xbox One and Nintendo Switch this September 20th is a cause of concern – arguably for good reason. You see, in recent years the FIFA series has insisted on including several micro-transactions and loot boxes as part of its core multiplayer, leading to many parents having their digital wallets unwittingly emptied by their children’s overeager pursuit to form the ultimate team.

Here we’ll detail all you need to know about how FIFA 20’s monetisation tactics work, helping every parent to avoid getting stung financially while offering tips on how to ensure your son or daughter plays FIFA 20 online safely. Sadly, long gone are the days where one could play FIFA online and not have to worry about spending real life money.

First things first, we think it’s worth covering how loot boxes in video games work in general. Simply put, a loot box refers to a pack of in-game objects that players can buy using real money, but the contents of the pack are constantly randomised so you’re unaware what you’ll be getting. In FIFA 20 loot boxes rear their head in the form of ‘Ultimate Team Packs’ whereby you can spend cash for a pack of players, which can then be added to a player’s Ultimate Team. This team can then be used to play against other players in FIFA 20’s online matches.

Some people liken this experience to how one would buy a real-life card packs for games like, say, Pokemon or Yu-Gi-Oh. This comparison doesn’t totally hold up, however, as while card packs in real-life are packed and set with their contents before being shipped and sold, in online games like FIFA 20 it’s a computer algorithm deciding what you receive. As such, you could feasibly spend hours purchasing ‘Ultimate Team Packs’ only to be gifted with 10 of the same football player. In real life you could trade these to get rid of them fairly. In the online space, though? No dice. 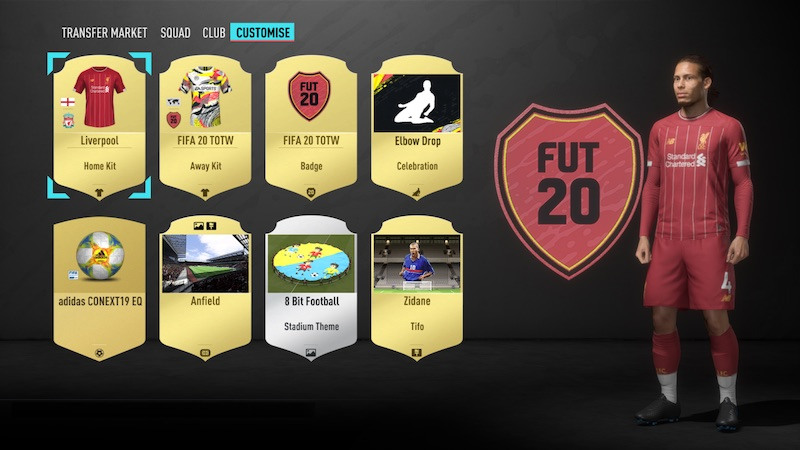 The one silver lining to how loot boxes work in FIFA 20 is that real-life funds isn’t technically required. Instead, players can earn in-game currency naturally through the act of play, but this has been proven to happen at a significantly slower rate than if packs were just purchased outright. Still, another issue many have been quick to critique is the fact that players can only be earned randomly; there’s simply no way of buying the specific player you want. Randomised Ultimate Team packs serves as the only method.

So you now know how Ultimate Team works, but there’s a little more to it than simple buying packs and hoping for the best. That’s because each player you pull is split into one of three categories, each indicating their value in terms of rarity. Bronze players are those given a rating of anywhere between 0-64, silver players are rated 65-74 and gold players are rated 75-99. Ratings are informed by each player’s ability or rating in real life, so expect Ronaldo to be ranked much higher than a League 2 player, for instance.

As if that wasn’t enough, players are then further split up into Normal, Rare and In Form categories. Normal is just the standard version of an Ultimate Team card, whereas Rare means it functions the exact same but is just more valuable. In Form players, however, are a little more interesting, being player cards that adapt depending on how the real-life is performing in the league. All of these card types feed into the Ultimate Team marketplace, whereby players can be sold in FIFA 20’s trading area.

A new addition to FIFA 20’s brand of Ultimate Team is what’s known as Season Objectives. These new long-term goals have been designed to incentivise players more, letting them earn rewards as they progress throughout the in-game season. There are four types of Season Objectives: Daily, Weekly, Season, and Dynamic Objectives. Here’s how each works: 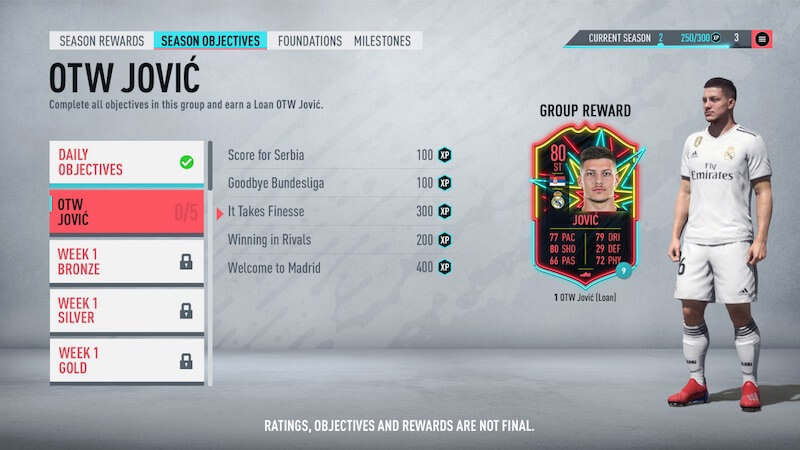 Why does FIFA 20 include micro-transactions and loot boxes?

So why, might you ask, does the FIFA series rely on these weird monetisation tactics for its multiplayer? Because it makes EA too much money each year. The video game publisher has insisted numerous times that buying these packs shouldn’t count as gambling, but it would say that when throughout the entirety of 2018 it made £850 million from the Ultimate Team concept in its sports games. This includes Madden, NHL and NBA Live in addition to FIFA. That figure equates to 21% of its overall revenue, making it unlikely that loot boxes in EA games will be getting scrapped any time soon.

It’s a fact that EA makes more money now through the monetization of FIFA 20 than what it makes from selling physical or digital copies of FIFA 20 itself. Therefore, it’s no surprise that this type of tactic is something the publisher is insistent on doubling down on – even to the point that loot boxes made their way into as big a game as Star Wars Battlefront II. They can be fun, providing the parent or player knows what their ideal limit of interaction with them is. Which brings us neatly onto…

How should a parent handle loot boxes in FIFA 20?

This probably goes without saying, but loot boxes never really become a problem when bought in moderation. Issues only arise when young players get a taste for bettering their team, in FIFA 20’s case, falling into a cycle of that “just one more pack” mentality. We recommend that parents be open with their kids, settling on a weekly or monthly budget which they can dedicate to purchasing and opening FIFA 20 Ultimate Team packs. 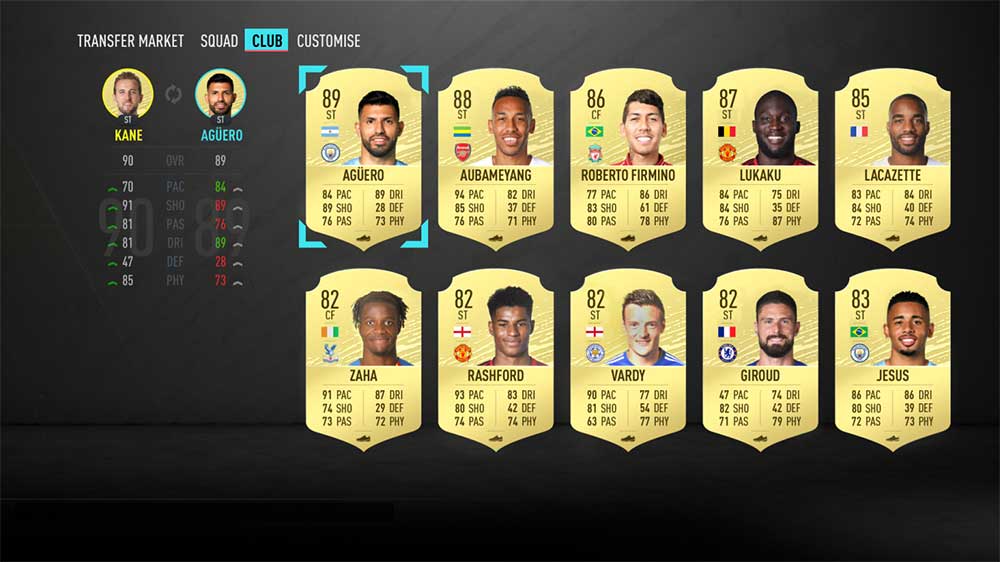 Of course, this is just the opinion of the Console Deals team, but there’s a few of us in the office that look forward to playing FIFA each year, and this is merely what works for us. In our experience Ultimate Team isn’t an essential part of the game you

to engage with, but equally we understand that younger players may want to take part in whatever their friends and social groups have an interest in. Financial situation permitting, who is anyone to deny them of that opportunity?