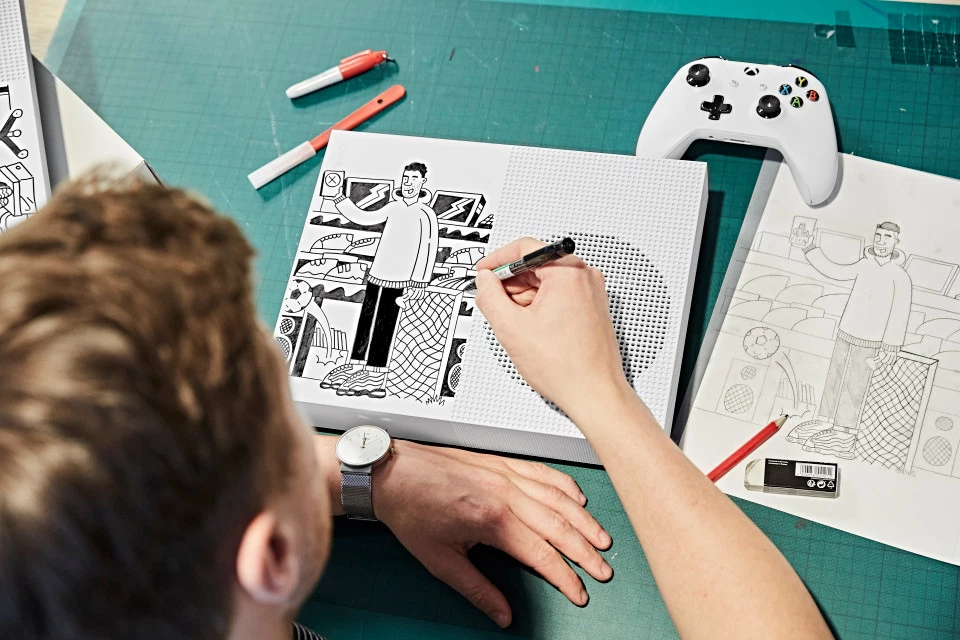 It’s not everyday you can pick up £200’s worth of gaming gear for less than a fiver, but that’s exactly what Argos are doing in what is one of the most insane deals we’ve seen for quite some time.

For today and tomorrow only, you can bag yourself an Xbox One S All-Digital Edition for the bargain price of £3 if you register your interest over on the Argos website. Do so between now and 23:59 on Wednesday 19th June and you could be a lucky winner. The console typically retails for £199.99, which means chosen customers would see a discount of 98%. Is there a way to pick up an Xbox One cheaper? No. No there isn’t!

And that’s not all. Not only will the few, randomly selected lucky winners receive an Xbox One S All-Digital Edition (complete with three digital games) for only £3, but it’ll be a limited-edition version of Microsoft’s console that’ll come personalised by acclaimed freelance artist and illustrator Josh Parkin. It’s all thanks to a collaboration between Josh, Xbox UK and Argos, who wanted to give customers a chance to pick up a one-of-a-kind console.

The best part about the Xbox One S being personalised, is that the illustration will be one of yourself! If selected, Argos will quickly reach out and ask you a little bit about yourself, eventually passing on the information to Josh who can then quickly get to work drawing your caricature on your new white Xbox One S All-Digital Edition.

You can sign up for the competition here to be in with a chance of winning here. 10 winners are set to be announce on Monday 24th June.

To find out more about the Xbox One S All-Digital Edition console that Argos will be giving away, check out the deal below.