The sun is coming out and this month’s crop of FREE monthly titles on Xbox and PlayStation are equally here to shed light on your life. April 2021 doesn’t look to be playing around either, as players who are subscribed to either PlayStation Plus or Xbox Live Gold have a wide gamut of games to look forward to. Both platforms have a great selection on offer, so let’s break down what’s in store.

Games with Gold for April 2021

The freebie festivities kick off for Xbox Live Gold subscribers (as it always does) on the 1st of the month. Viking: Wolves of Midgard (Xbox One) is a Diablo-style co-operative hack-and-slasher, releasing alongside classic third-person actioner Dark Void (Xbox 360). The latter features an early voice performance from the one and only Nolan North. Then, roughly two weeks later on April 15th, Gold members will be able to download FIA Truck Racing Championship for Xbox One and the Xbox 360’s Hard Corps: Uprising – the latter of which is an anime run-and-gunner.

Here’s a brief breakdown of every Games with Gold title arriving in April:

Viking: Wolves of Midgard: The isometric fantasy actioner tends to be a crowded genre these days, with Diablo kicking off its popularity and other licensed renditions like Warhammer: Chaosbane firmly cementing it. Viking: Wolves of Midgard arrives on Games with Gold from April 1st, being yet another excuse to slay away against legions of enemies that gather on the screen. Set in a world steeped heavily in Viking culture and Norse mythology, take hold of swords, crossbows and axes to perfect your combat and upgrade your character.

FIA Truck Racing Championship: Ever thought that racing bikes and cars is just too damn easy? Why not hop into the seat of your own 5-tonne truck in Xbox’s own dedicated truck simulator. FIA Truck Racing Championship becomes available to subscribers from April 15th onwards, featuring 45 unique trucks, 20 official teams and 14 circuits that range from the Fuji Speedway to the Laguna Seca. Considering the weight of your vehicle while racing has never been more important.

Dark Void: This cult-classic third-person shooter was an early Xbox 360 title that is now forwards compatible on both Xbox One and Xbox Series S|X.  You play as plucky WWII pilot Augustus Grey, who is one day teleported to another world full of aliens after passing through the Bermuda Triangle. What follows is a fairly standard cover shoot, yet helping it stand out is the ability to boost and defy gravity using your jetpack, zooming around the environment to gain a vantage point over enemies.

Hard Corps: Uprising: Originally released a decade ago for the Xbox 360, Hard Corps: Uprising is a retro-style run-and-gunner where you assume the role of an elite soldier who must avoid enemies and projectiles while gaining power-ups and blasting faceless beings away. It’s about as stylish as they come, something we’ve come to expect from the folks at Arc System Works, set 20 years before the very first Contra game. Whether you play in Rising more or the far more punishing Arcade mode, build up your soldier and see how long you can survive.

Get the best Games with Gold subscription price below: 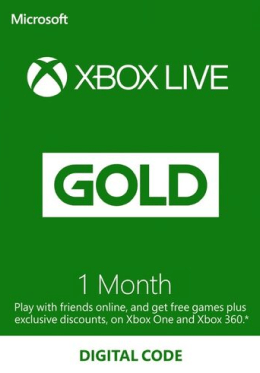 PlayStation Plus titles for April 2021

PlayStation continue their tendency to treat PS Plus subscribers with two PlayStation 4 titles and one for PlayStation 5. In this case we’ve known for a while that the latter audience will be grabbing Oddworld: Soulstorm for free for a while, but it’s still a great get considering that this is a brand new PS5 game. Over on PlayStation 4, meanwhile, fans of all things undead will more than get their fix. All three PlayStation freebies will become available for download on Tuesday April 6th, just after the bank holiday period ends.

Here’s a brief breakdown of every PlayStation Plus title arriving in April:

Oddworld: Soulstorm: It’s been a while since we last visited the Oddworld series, but it’s coming back in a big way on PlayStation 5 as one of April’s free PlayStation Plus titles. Oddworld: Soulstorm returns the series back to its 2.5D platforming roots, again following Abe who is attempting to save his fellow mudokons from their slavitude. This he does by guiding them through various obstacles and puzzles. This time, however, Abe can also craft different weapons to help him on the way. The result is a deeper and much more refined take on the Oddworld universe. Look forward to it on April 6th, 2021.

Days Gone: Sony Bend’s open-world zombie epic is already downloadable for PS Plus members with a PS5 as part of a PS Plus collection, but PS4 players can now jump into the action, too. You play as biker Deacon St. John, who must learn to survive in this undead-ravaged version of Oregon while tending to his motorcycle and helping out all the local communities. Days Gone’s hallmark feature are the massive freaker hordes that can appear on screen at once. In these scenarios you must use ingenuity and all the combat tools available to you, outrunning the undead and destroying their nest.

Zombie Army 4: Dead War: Sniper Elite’s more macabre spin-off series continues in Zombie Army 4: Dead War, which pits you and friends against legions of flesh-eaters in an alternate version of history. The franchise’s trademark X-ray kills returns in full force, treating you to a gruesome slow-motion cutaway whenever you land a particularly harsh shot or blow. It only released roughly a year ago on PlayStation 4, but already PS Plus subscribers can indulge in the post-history madness. It becomes free to download with the other two games on April 6th, 2021. 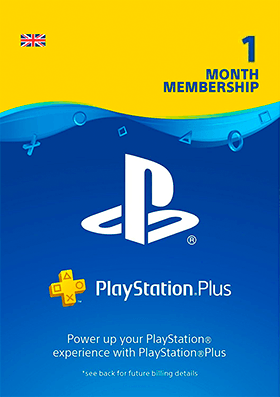