The ongoing Cyberpunk 2077 delisting saga finally came to an end a few weeks ago, when CD Projekt Red’s first-person RPG returned to the PSN store under caution. “Purchase for use on PS4 systems is not recommended,” the official store listing reads. Indicating that while possible, the game still isn’t stable enough for even PlayStation to advise you play it on the console platform it was designed for.

Well, it’s now been a full month since Cyberpunk 2077 was relisted on the PSN. And though you’d think players with a PS4 would be wary, the recent hullabaloo doesn’t seem to have made a dent as Cyberpunk was still the best-selling PSN game for June. This news follows the game’s six-month absence from PlayStation’s digital platform from December 17th, 2020, onwards. 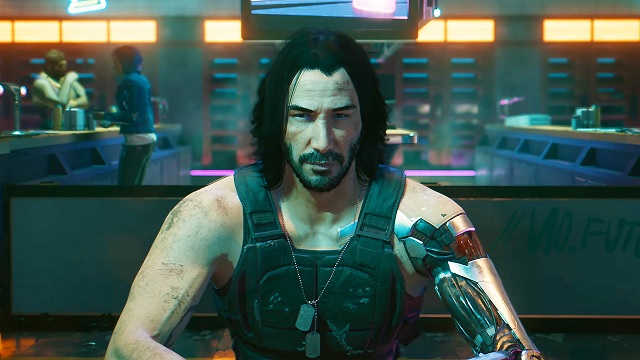 So why did Cyberpunk 2077 sell so well last month? There’s a great case to be made for the sheer curiosity of unsuspecting players. Any publicity is good publicity, after all, and it’s likely that a whole swathe of players on PS4 and PS5 were patiently waiting in the wings to see what all the fuss is about. CD Projekt Red has continued to patch the game, with one of the most notable – March 2021’s 1.2 update – supposedly squashing over 500 bugs. Apparently while Cyberpunk 2077 still doesn’t run flawlessly on PS4, it’s playable enough to satisfy Sony.

Up until now PS4 and PS5 players wanting to play Cyberpunk 2077 had to purchase a physical disc copy. Now, though, the convenience of playing it through the PSN has restored, with PlayStation 5 offering the much smoother experience. This is despite an official next-gen upgrade supposedly still being in the works. Available at no additional cost, the update is still scheduled to release in the latter half of this year. Fingers crossed.

Don’t want to risk an irreversible PSN purchase? Here’s the best price for Cyberpunk 2077 on PS4 from elsewhere: