Bite-sized versions of retro games consoles have been big business for publishers as of late. Nintendo, with the release of the NES Classic Edition in 2016, has kickstarted this craze of having 30 or so classic games bundled into a miniature version of the box they were originally released on. All this, despite this ‘plug in and play’ approach to games being available from all shady fruit market tradesmen for decades. The Sega Mega Drive Mini is the latest addition to this trend, releasing on 19th September with 40 built-in games.

Sega has already confirmed 10 of the 40 games set to appear, and the list is as follows: 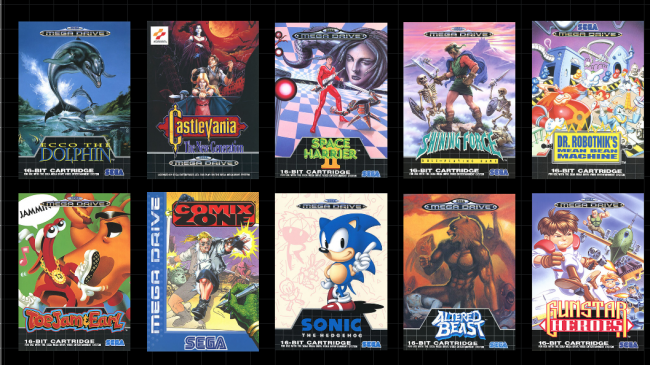 This got us thinking, though, what are some other games outside of this initial 10 we’d like to see included? Well wonder no longer, as here is Console Deals’ 10 games we’d like to see appear on the Sega Mega Drive Mini - in no particular order, we’ll mention. 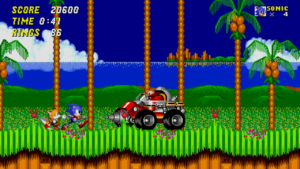 While the blue blur’s original game has already been confirmed for the Sega Mega Drive Mini, it’s no secret that Sega’s speed-driven platformer didn’t find his proper footing until this second outing. Sonic The Hedgehog 2 introduced Sonic’s trusty buddy tails, the ability to spin dash, as well as special stages where both characters can be guided to collect as many rings as possible. Dr. Robotnik returns with various boss forms, acting as just one of the few elements made more fun with the addition of two-player co-op play. 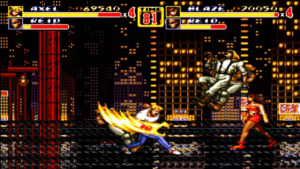 Don’t be too surprised if you see a fair few sequels on this list. If anything, the Sega Mega Drive marked an era where franchises didn’t truly hit their stride until the second game. Streets of Rage 2 neatly falls into this category, being a side-scrolling beat ‘em up of epic proportions as you fight your way through the city as one of five possible characters. The beautiful 16-bit pixel art still holds up to this day, making taking justice in your own hands all the more fulfilling. 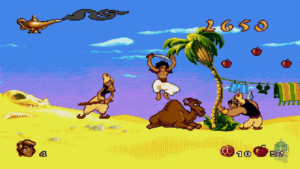 The ‘90s was a time in the industry where two totally different versions of the same game could exist on different platforms. Disney’s Aladdin is often many people’s exemplar of this ethos, with the Mega Drive version largely being considered better than the one made by a separate team for the Super Nintendo. The Mega Drive version has you replay the events from the classic film in glorious puzzle-platforming fashion, guiding Aladdin himself everywhere from the streets of Agrabah to the cave of wonders. 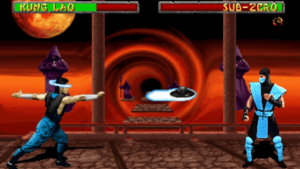 Mortal Kombat II is one of the Sega Mega Drive’S premier fighting games, iterating substantially on the first by adding new characters to the roster and even more varied finishing moves. Iconic fighters like Scorpion, Reptile and Sub-Zero also look a lot more distinct from one another, with Mortal Kombat II making the most of character animation technology that was considered revolutionary at the time. In the Mega Drive version Mortal Kombat II was also allowed to retain its gore – solidifying a hallmark that still fuels the series to this day. 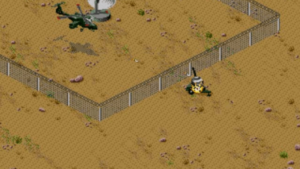 Placing you firmly in the cockpit of an AH-64 Apache helicopter, Desert Strike was one of the Sega Mega Drive’s more experimental releases in that it’s a shoot ‘em up played from a top-down isometric perspective. You’re required to fly in and destroy specific bases in the map, sometimes having to stop long enough to rescue prisoners trapped down below. Luckily you have a machine gun, rockets and hydra missiles at your disposal. Desert Strike would be a great addition to the Sega Mega Drive Mini.

How many games let you play as an anthropomorphic worm in a space suit? Very few, that’s how many. But thankfully Earthworm Jim arrived in 1994 on the Sega Mega Drive to remedy this fact. It ended up being a healthy mix of side-scrolling platforming and run-and-gun shooting action, with players as Jim roaming through levels with the occasional whip of his head that doubles as a savage melee attack. Earthworm Jim also featured some extremely memorable boss battles, requiring players to note their attack patterns so as to not get overwhelmed. 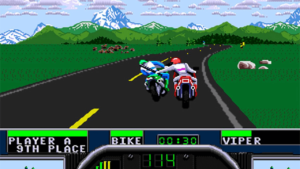 Road Rash is a different style of racing game in the sense that it’s about getting to first place by any means necessary – aggressive attacks included. It released on the Sega Mega Drive in 1991 and allowed players to throw kicks, punches and shoves to competing motorcyclists driving near by alongside, doing whatever it takes to rank in the top 4. More weapons get introduced the more you progress, letting you wield nun chucks, crowbars and other blunt instruments to guarantee victory. 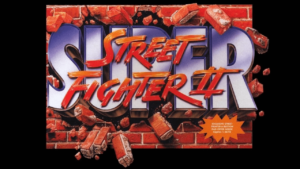 Few fighting games have stood the test of time as well as Street Fighter II; you only need look at how many versions continued to be released of Capcom’s legendary title to this day. The Mega Drive’s Super Street Fighter II is as good a form as any, refining and balancing the existing character roster as well as introducing a couple new additions like Fei Long, Cammy and Dee Jay. Including this on the Sega Mega Drive Mini would render every social gathering a good time. An edition of Street Fighter II already appeared on Nintendo’s SNES retro box, so would makes sense here too. 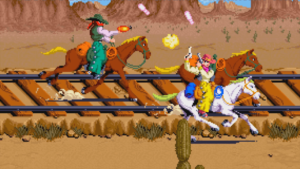 Before the uncannily realistic caverns in Red Dead Redemption 2 there was Sunset Riders, a side-scrolling run and gunner that let you and a friend live out your cowboy fantasies. As two bounty hunters your primary task is to take down and capture as many outlaws as you can, going head-to-head against a boss at the end of the game’s eight colourful levels. No bandit is safe when you and a friend work your way through each, making Sunset Riders a near essential inclusion for the Sega Mega Drive Mini’s game catalogue. 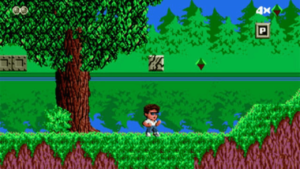 Kid Chameleon is a classic side-scrolling platformer that has a habit of cropping up in Mega Drive collections like this, making it a fairly safe bet that it’ll appear on Sega’s upcoming throwback console. In it, you play as a young boy with the ability to transform into a range of different characters that each boast their own ability useful for decimating enemies and just generally getting around. You do so by picking up masks sporadically littered throughout levels – essential as main character is extremely vulnerable when not wearing one.