Xbox 360 was the previous generation’s best-selling console for a reason, featuring tonnes of brilliant games that are still fun to jump back into. Because of this, it’s a good thing that the Xbox One has offers various ways for you to play a wide selection of classic Xbox 360 titles. Xbox One is, in fact, the best platform for backwards compatibility – but how does this all work?

Want to know which Xbox 360 games are available to play on Xbox One, how it all works, and which services tie into Xbox One’s backwards compatibility? Here’s our handy guide, which breaks it all down.

What’s The Story With Xbox One Backwards Compatibility (BC)?

Xbox One is backwards compatible with lots of Xbox 360 games, but this hasn’t always been the case. The method it uses to play previous-gen games is pretty unconventional, with many Microsoft higher-ups originally thinking that it wasn’t even possible at first. So how did we get here? 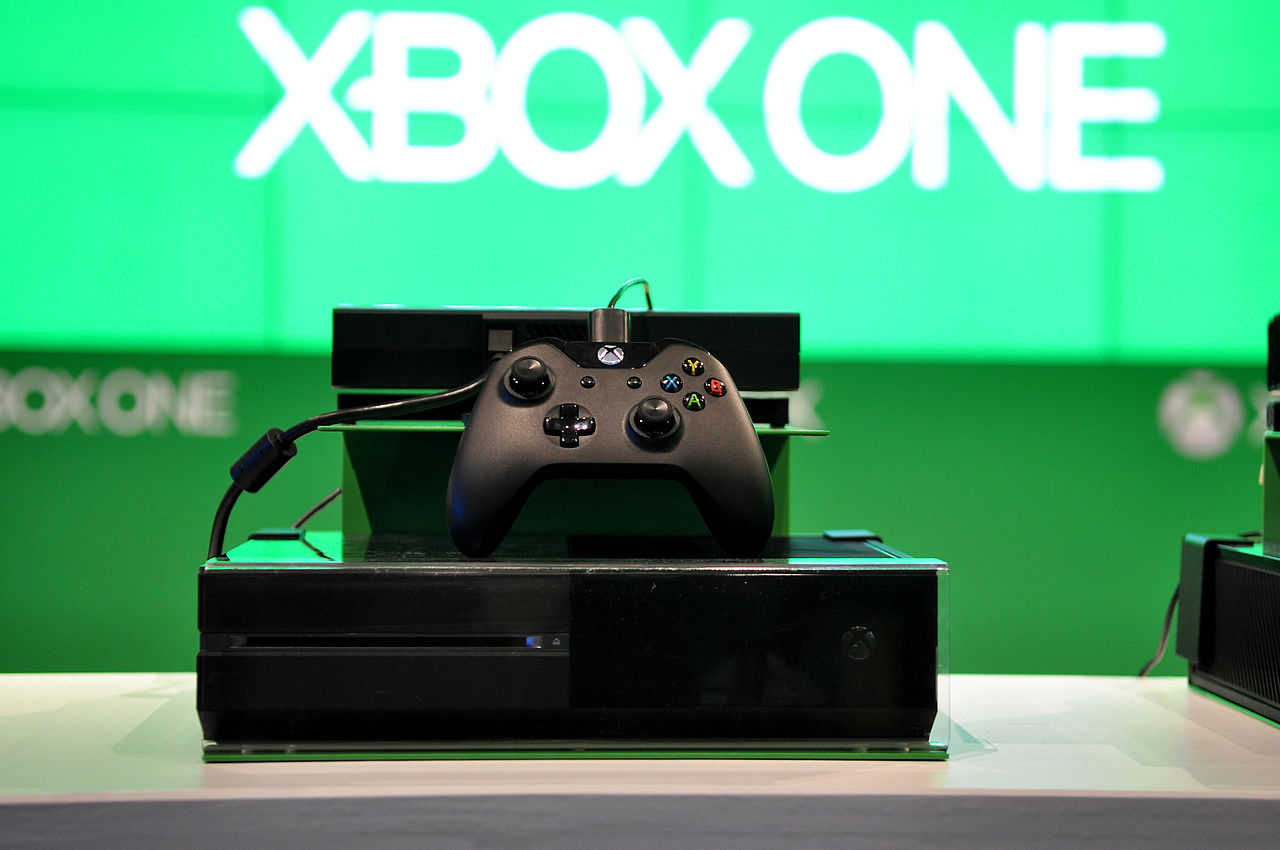 Hardware v software: When a console is backwards-compatible, the feature is usually built into the system. For example, Nintendo Wii U can play any Wii game disc. The original PS2 could play most PS1 game discs. And the 3DS and 2DS systems can play any DS game cartridge. Go back further, and the original DS featured a built-in slot for Gameboy Advance games. In these cases, BC is part of the hardware, not the system software.

BC announcement at E3 2015: Xbox One works differently from this. You see, when Xbox One launched in November 2013, it had no backwards compatibility to speak of. Then, to everyone’s surprise, at Microsoft’s E3 2015 conference it was announced that Xbox One would become backwards compatible with selected Xbox 360 games through software emulation. This eventually launched via a system software update in November 2015, with 104 Xbox 360 games playable at launch.

Xbox One uses what’s known as an emulator for backwards compatibility, essentially being a program that enables a computer system to mimic another target system, so it can run the target system’s software. 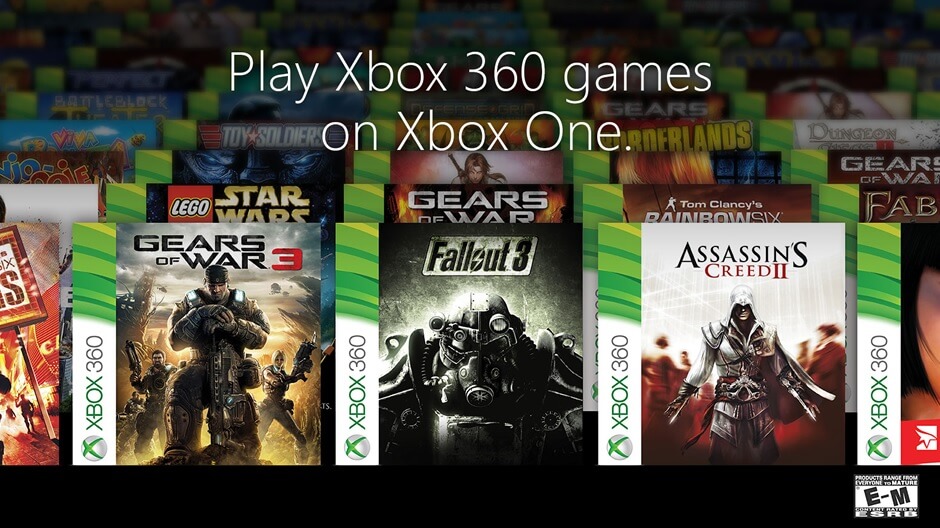 Selected games only: However, because Xbox 360 is a complex system and was not designed to speak to its 2013 successor, the emulator is not reliable enough to run every 360 game released. Microsoft has therefore only made selected Xbox 360 games available for use with Xbox One – but more and more become available all the time. The Xbox 360 games tied in thus far have been individually optimised for best performance, running smooth on each console in the Xbox One family.

Download or Disc?: Xbox 360 games cannot run directly from a game disc on Xbox One. However, those with a compatible physical game haven’t been left out. When you insert a compatible Xbox 360 game disc in an Xbox One, the console downloads a unique version of the game optimised for Xbox One. The disc must remain in the system while you play.

104 Xbox 360 games were available when Xbox One backwards compatibility launched in November 2015. Since then Microsoft has continued to add more, taking the total to well over 300. 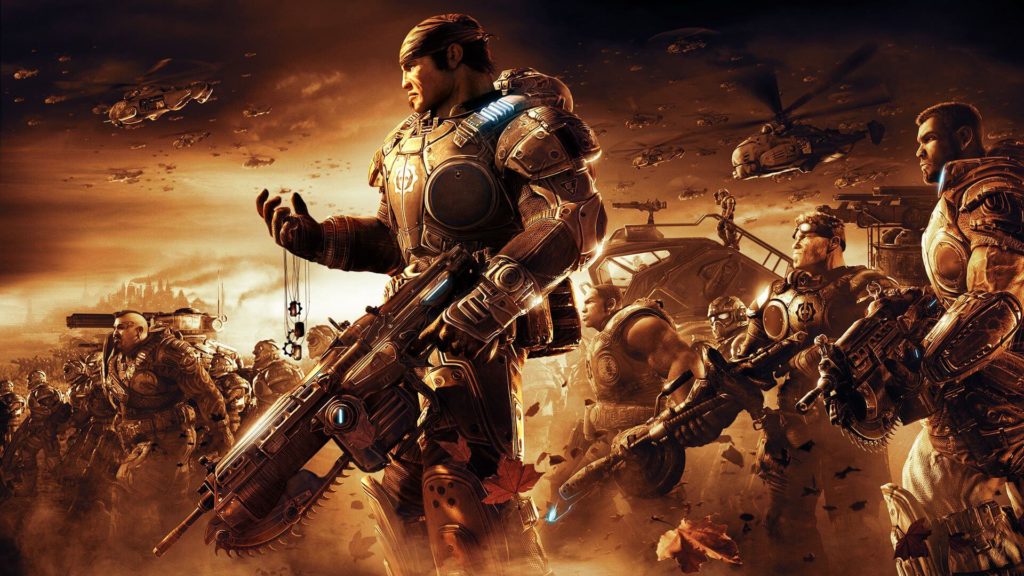 You Can Record And Stream Xbox 360 Gameplay On Xbox One

Xbox 360 games played on Xbox One can access some of the newer console’s features. For example, you can record and broadcast gameplay online, and use in-home streaming to Windows 10 PCs and devices.

You can also use Xbox Live features like online multiplayer and party chat.

A Digital Foundry analysis in September 2016 found most backwards-compatible Xbox 360 perform the same or better on Xbox One. Red Dead Redemption and Mirror’s Edge are “significantly improved”, Call of Duty 2 is “massively improved”, and Forza Horizon is “flawless for most”.

Xbox One Is Also Compatible With Original Xbox Games

Up to December 2016, Xbox One was not backwards-compatible with original Xbox games such as Halo: Combat Evolved, Halo 2, Panzer Dragoon Orta, or Fable. However, that's since changed and select games like these have been added to Xbox One Backwards compatibility.

Subscribers to Xbox's Games with Gold service will notice that, in addition to two free Xbox One games each month, you also get two classic titles, too. These can either be from the original Xbox or Xbox 360's catalogue, and are individually available to download during either half of the month.