When it comes to finding the perfect controller to use for playing games on PC, you could do a whole lot worse than the PS4’s Dualshock 4 controller. It works so well that many Steam and Epic Store players consider it to be their preferred gamepad. This is because, following years of constant iteration since the original PlayStation One’s release, Sony has perfected a design that feels comfortable to hold, is well-made and will withstand a daily battering.

So, if you’re an avid PC player but can’t stand the traditional mouse and keyboard setup, we’ve put together this little guide to help get you gaming on PC using a PS4 controller in no time. It’s a little more involved than, say, the plug-and-play ease found with the Xbox One controller, but the ends will very much justify the means. Here’s how to connect your PS4 DualShock 4 controller to PC! 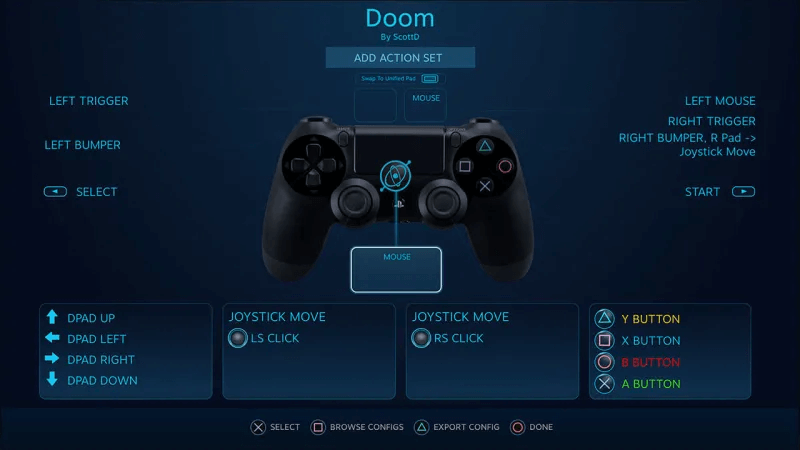 Steam is the name of Valve’s online storefront and game launcher which plays host to most blockbuster games releasing today. It’s largely gone unchallenged in the PC space up until very recently, meaning that if you play on PC this is likely the go-to place you visit to purchase games. Lucky for you Steam recently released an update that makes it incredibly easy to use the Dualshock 4 to play games on PC.

All you need to do is load up Steam and do quick search for updates. Then, once you’ve installed the latest version, simply plug in your DualShock 4 directly using a USB cable or connect via Bluetooth and then you’re all set. Some people can have problems getting this to work and not every game has been updated on Steam to be compatible. If that’s the case, read on for a guaranteed method to get your PS4 controller working on PC. 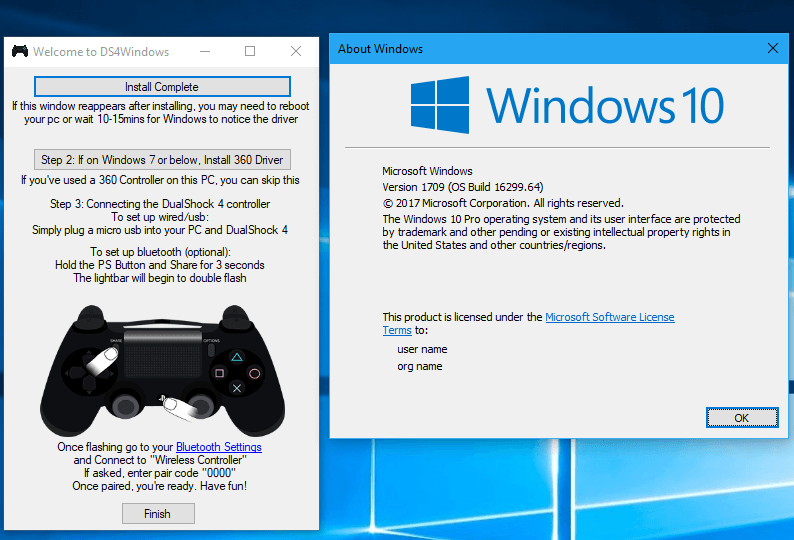 To achieve PS4 controller functionality on PC you’ll need the help of a piece of online software. That software is called DS4Windows, and as the name suggests it has been specifically developed for this exact purpose. It works by tricking your PC into thinking that the Dualshock 4 being connected is actually an Xbox 360 controller, which as a Microsoft product is already compatible. To download it head to the DS4Windows website.

The downloaded file should be labelled as ‘DS4Windows.exe’. Click on it, and from here it’ll begin the set-up process until a pop-up menu will appear, asking you to choose where you want your settings and profiles to be saved – all standard stuff. Following this, click the 'Install the DS4 Driver' option and the software will get to work making any plugged-in PS4 controller compatible with Windows 8, Windows 8.1, and Windows 10. If you’re still running Windows 7 then you’ll need to also click ‘Install 360 Driver’.

It’s what we’ve all been waiting for: Connect your PS4 DualShock 4 controller to your PC or laptop. You can do this using any USB-Micro USB cable or connect the gamepad wirelessly via Bluetooth. Not all PCs and Laptops will have a Bluetooth receiver built-in, but it’s relatively easy to find one that will plug into your set-up.

Then it’s just about getting the two to talk as you would do with a Dualshock 4 and PS4 console. Hold the centre PlayStation button, and this will force DS4Windows to open its Action Centre – then simply click 'Bluetooth' and select 'Wireless Controller'.

For more useful guides like this one, and to stay aware of all the best deals available on consoles, peripherals and soon all things PC gaming, why not sign up to Console Deals WhatsApp alerts?