Looking for the best gaming TV with which you can sit back, relax and enjoy the eye-widening visual splendour 4K games have to offer? You’ve come to the right place. 4K gaming TVs are still a relatively new breed on the market, which can make purchasing the right one a bit of a gamble at this current time. However, we at Console Deals have put together this quick advice guide that runs through the best of them – regardless of if you play on PC, Nintendo Switch, PS4 or Xbox One. 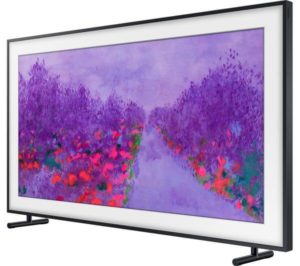 Known as “The Frame” due to how the screen can be hung in the same style as a photo frame, the Samsung 65” UE65LS03NAUXXU sits neatly against the wall with no gap to offer a clear image wherever in the room you sit. It’ll work perfectly in tandem with a PS4 Pro thanks to its 4K Ultra HD screen resolution, which combines with HDR to render PS4 Pro-enhanced games like Red Dead Redemption 2 and Marvel’s Spider-Man as beautiful as they can possibly be. The Samsung 65” UE65LS03NAUXXU is the best gaming TV for PS4 Pro – also one of the most elegant 4K TV options as indicated by swappable outer bezels that assures it ties into the style of any room. 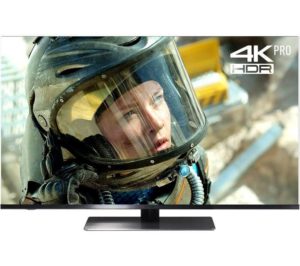 The Xbox One X earns its moniker as “The World’s Most Powerful Console”, offering 40% more power than any other and utilising an 8-core Custom AMD CPU to deliver a smooth gaming experience. Panasonic’s 65” TX-65FX750B is a 4K TV gaming TV well-equipped to handle the Xbox One X’s unique capabilities, offering up to four times the detail of a Full HD screen and HDR with Local Dimming to bring out the best shades of colour. In-game characters and environments will look incredibly realistic. 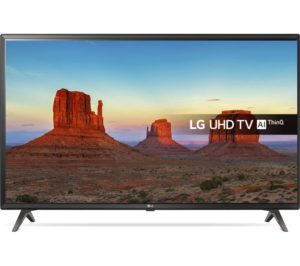 LG’s take on 4K is one of the more affordable 4K gaming TV solutions – perfect for those who have just picked up a Nintendo Switch and want to experience titles like Breath of the Wild and Super Mario Odyssey in the best clarity. The Nintendo Switch itself isn’t capable of running these games at true 4K resolution, but the added HDR features and TruMotion 100 picture quality of this LG TV ensures that they will still look great and visually pop. The built-in 4K Upscaler brings Nintendo Switch games closer to the Ultra HD quality seen on other platforms. 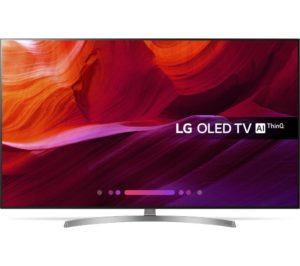 The Xbox One S might not match the 4K potential of its bigger brother, but it still features a built-in 4K Ultra HD Blu-ray crossover which requires a 4K TV in order for the visual benefits to be fully felt. LG’s 55” 4K OLED TV is an ideal candidate, being Ultra HD certified with Dolby Vision included. Movies and games will look sharp and clear when rendered on its screen, taking full advantage of the Xbox One S’s HDR features and upscaling 1080p quality games to something closely resembling 4K even if it isn’t native. 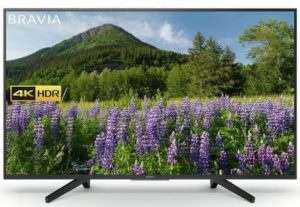 Pairing a Sony product with a Sony TV isn’t the worst thing to do, and for owners of the PS4 Slim the Sony 49” KD49XF7003BU Smart Ultra HD TV is a 4K gaming TV that will render games like Horizon: Zero Dawn and God of War as beautiful as they can possibly be. This is due to its LED screen and 4K Ultra HD display resolution, which will upscale 1080p PS4 games to something closely aligned with 4K quality. The Sony TV’s HDR also brings added depth and colour to highlights and shadows, making PS4 games extremely immersive.

It stands to reason that most people might not fully understand the benefits a 4K gaming TV can bring. Simply put, a 4K TV refers to any television that features a resolution of 3,840 x 2,160 pixels, which is generally four times the amount seen in Full HD TVs (1,920 x 1,080). The result is a screen that affords you with crystal-clear vision, and a depth of detail standard HD televisions can’t achieve.

This, when combined with the level of colour contrast HDR (High Dynamic Range) provides, makes them the ideal when settling into an extended game session. A 4K gaming TV is particularly essential for anyone with a PS4 Pro or Xbox One X – two consoles capable of rendering games at faster framerates and higher resolutions to deliver the best video game playing experience possible.

Other 4K gaming TV's you should consider

Just because you don’t own a console capable of rendering games at 4K doesn’t mean you have to miss out on the clearer image a 4K gaming TV can offer you. We’ve already seen that the Nintendo Switch’s repertoire benefits from other visual features like HDR (High Dynamic Range) and 4K upscaling that sit outside true 4K resolution. So no matter what console you own, you will benefit from purchasing a gaming TV, and we have plenty more for you to compare on Console Deals.